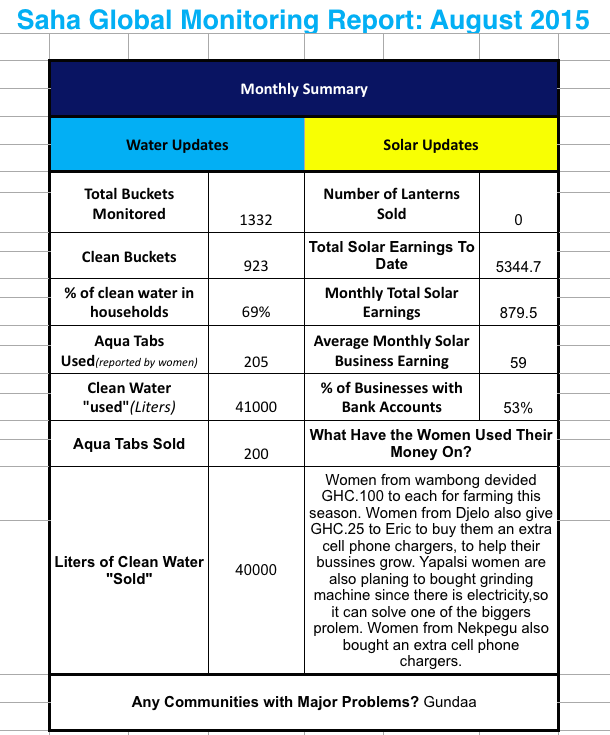 For the week-by-week monitoring data from August, click here

There were many success stories from the month of August. For our water communities, we have successfully transitioned into the rainy season. Although sales have been low at many of the water businesses,due to the rains, people have been collecting rainwater in their safe storage containers correctly. Our August water tests showed very little re-contamination, even our newer communities who haven’t had any previous experience collecting rainwater with their safe storage containers.  In the few instances where our testing indicating re-contamination, our team did a great job of following up. They re-visited specific households to make sure the family cleaned their safe storage containers and then did presentations at the schools and at community meetings about way to collect and store rainwater correctly. The team did such a great job with these presentations, that we saw immediate results. For example, in Kpachiyili, Azara saw such a high demand for soap after Wahab’s presentation that she started making some to sell at her water business!

August was also a successful month for our solar businesses. The entrepreneurs from Wambong each used GHC100 of their profits from the business to invest in their farms this season. The business owners in Djelo and Nekpegu bought extra cell phone chargers, to help their business grow. Now they can charge any phone at their solar center, even if the customer has lost their charger. In Yapalsi, Sanatua and Asheitu have been doing research to figure out which grinding mill they would like to purchase. They are very excited to expand their business! 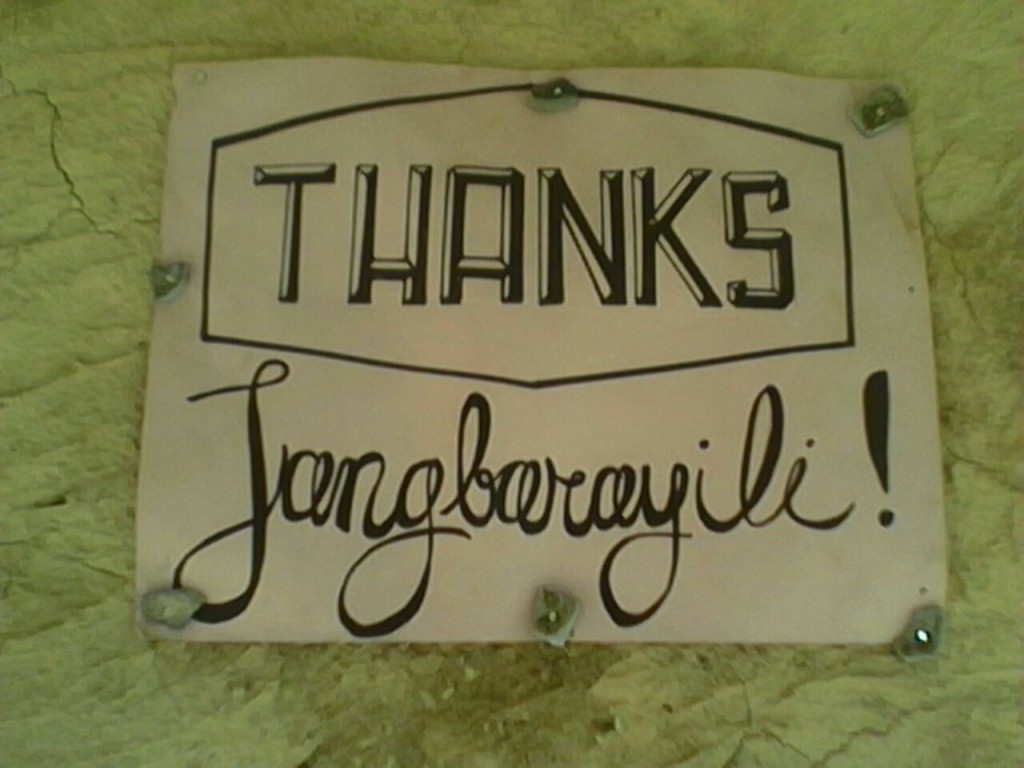 All 15 of our solar businesses ran very smoothly in August. In Sakpalua, the entrepreneurs saw a slight decrease in sales due to the opening of the new solar center in Vogyili. In the past, people with cell phones in Vogyili would travel to Sakpalua to charge and now they no longer have to, which is great for Vogyili but not for the business owners in Sakpalua. This was not a significant change in monthly income for the Sakpalua ladies, but it was reported as a challenge from them.

There were not a lot of major challenges in August. Our new community partners seem to have really gotten the hang of things and our more experienced communities transitioned into the rainy season well. Although sales are slow at water businesses in the rainy season, the entrepreneurs adjust their hours, treat less water, and focus on other endeavors, like farming. Once the rains slow, sales will start to pick up again because people will not be able to collect rainwater for free. Some water businesses, like Nymaliga and Kulaa, closed briefly while the business owners moved the treatment centers to new locations for the rainy season.

Wahab faced the biggest challenge of the month in the community of Gundaa. Here, the main water entrepreneur moved out of the community after a quarrel with her husband. The other business owner was unable to sell water because she had been accused of witchcraft. More information about witchcraft in northern Ghana can be found here, but this issue is very polarizing in our partner communities and is something that Saha Global chooses not get involved in. The community is in the process of selecting two new women to run the water business in Gundaa.