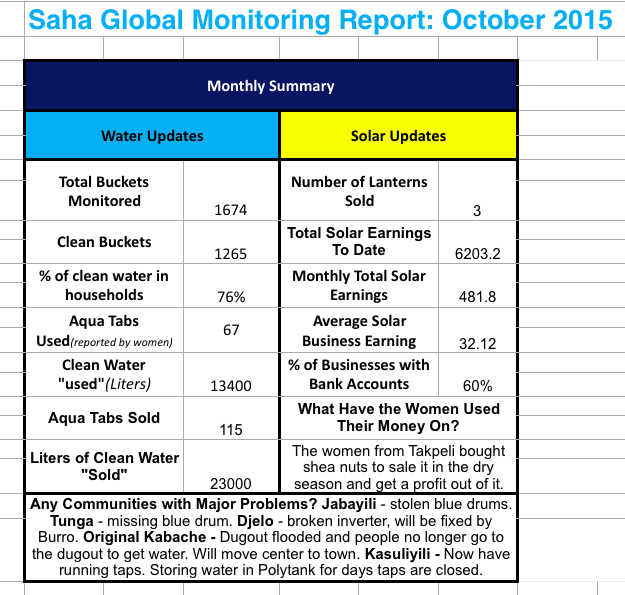 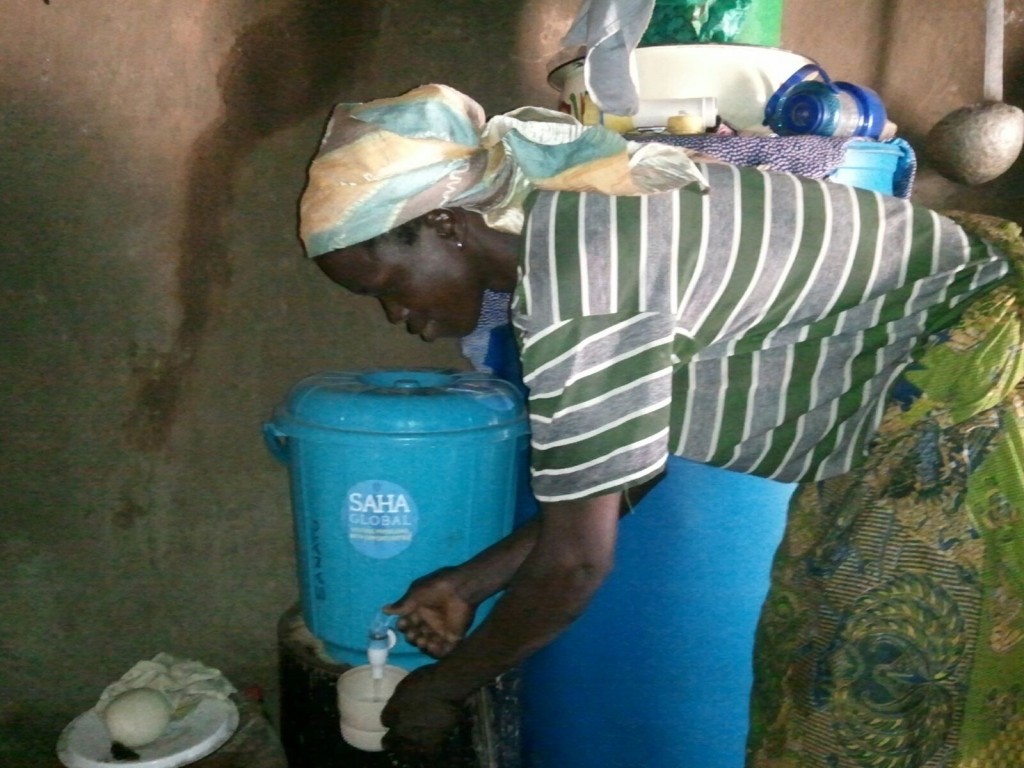 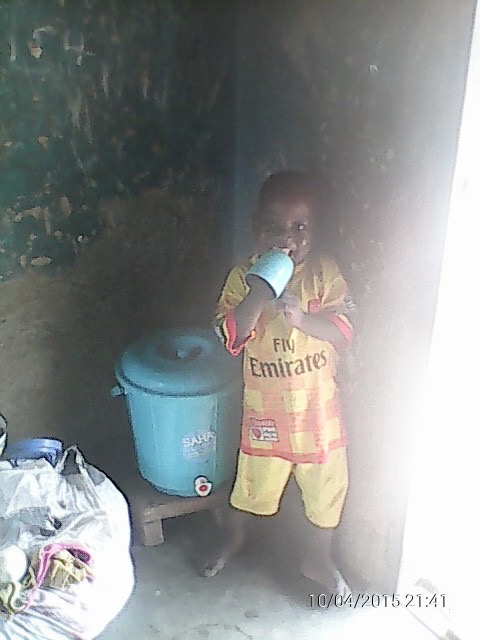 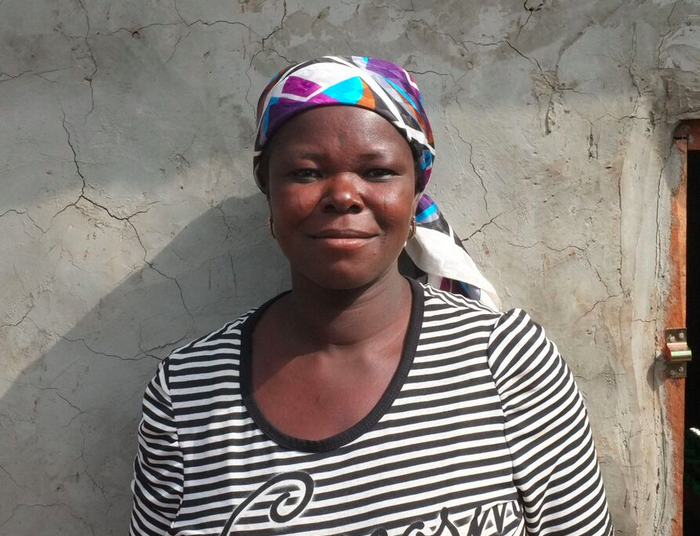 Lachiya was born in Kpalbe. She grew up there until her teens when she went to live with her aunt in Takpuli. She later got married in Takpuli and has given birth to four kids: three girls and a boy. Before joining Saha Global, she farmed rice and groundnuts. She still farms alongside running the water and solar businesses. She also sells firewood.

Lachiya is happy that Saha has been able to provide Takpuli with clean drinking and then later with solar electricity. Lachiya says, “Now whenever there’s an occasion, like a funeral or wedding, and people come from different villages, there is clean safe water to drink and lights at night too. I am proud to be a part of the Saha Team!”

My name is Bryant Foreman. I am 26 years old and am currently working as a scientist in the field of agricultural, zoonotic infectious diseases. While I was finishing my Master of Science degree at Georgetown University, the concept of effective public health implementation and planning was a frequent topic of discussion during a number of my graduate-level courses. I opted to stay in my comfort zone and kept the majority of my research interests rooted in the areas of molecular biology and biosurveillance. However, in February I decided to step out of that comfort zone. I applied to the 2013 Summer Program offered by Saha Global. Several months later, I was on my way to Ghana to implement a community based water treatment center in a village in the Northern Region called Cheshegu.

The Saha Global Leadership Program granted me the opportunity to interact first-hand with individuals who have been burdened with various diseases for years. Throughout the course of my education, I have studied a number of diseases within the capacity of a laboratory, but until Saha Global allowed me the opportunity to do so, I had never physically seen the hardships that these illnesses had on individuals. Since then, I look at my work a bit differently. I used to view the microorganisms with which I work solely through the scope of the environment. My experiences in Ghana allowed me to apply a lens of humanity that allows me to remember why I do what I do: to help keep others (humans and animals) healthy and safe.

As far as overall experiences are concerned, this trip would have to be my absolute favorite thus far. One memory that stands out in particular would probably have to be the very first day in Accra. I was trying to function on 3 hours of horrendously light sleep when my fellow field representatives Lucas, Jacob, Bryan, convinced me to explore the coastal city with them after breakfast. I was initially reluctant to join the impromptu excursion; however, after hours of walking in the city I had experienced more than I could have ever hoped for during my first day in Africa. After befriending some locals  who gave us a tour of the Nkrumah memorial, treated us to lunch on the cliffs of the Gulf of Guinea, gave us a tour of the coastal slums, and welcomed us with a traditional drum ceremony at their shop, I could certainly say that I had my first “welcome to Ghana” experience.

Once we were in the Northern Region working in our respective villages, I saw that this opportunity presented an atmosphere in which I felt I could thrive and make a difference. Additionally, this program has been developed to cater to a number of educational interests and disciplines. From aspiring civil engineers to International Relations majors, I saw individuals utilizing skills from different disciplines and putting them together toward one common goal.

I have encouraged a number of people who expressed any interest in my experience to look into Saha Global for themselves. After all, interacting and learning more from a fellow Alum is how I was led to the program myself. Additionally, I stay in touch with a few of the Saha’s District Managers. I was teamed up with Wahab and when heavy rains hit our village last winter, he kept me up-to-date on how the entrepreneurs were taking care of things and mitigating the situation.

Although my career has taken me in a different direction, I continue to support the mission of Saha Global as a member of the Advisory Board. Led by our chair of the Board, Samantha Reilley, our Field-Rep alumni continue to drive the growth and expansion of Saha by meeting on a quarterly basis to discuss Saha-related tasks and doing research for the expansion of this model. As a member of the Board, I was most recently involved in the Saha Challenge – a competition among Field-Rep alumni to propose an entirely new country for the expansion of Saha Global. After a series of presentations and a visit to Boston to pitch our final idea, former Field-Rep Lucas Hilsbos and I had proposed Nicaragua to which Saha would launch their next group of social enterprises for clean water and electricity. I am looking forward to being a part of the pilot program in Nicaragua and I am extremely grateful to be involved in this process of expansion into a new region of the world. I believe Saha Global will have the similar impact on communities in Central America when compared to those in West Africa – and I am excited to continue being a part of this expansion process.