Greetings from Emily, Sara, Thalia and Alex aka team TJ!! TJ is our friend and translator, also known as T to the J, Teeg, or 2Chainz. For the past two weeks we have been implementing a shared water treatment center that will serve Kuldanali, a village of 58 households and Yapalsi, a smaller village of 25 households. Both use the Volta River as their water source, which we have found to be contaminated with E. coli among other things. Our two most recent visits to the two villages have been for opening day as well as the first day of monitoring.

Our opening day, in which water sales officially began, was a huge success. With over a 90% household turnout it was clear that the two villages were excited about their new access to clean water. The day began as we viewed the first group of women walk down the hill towards the treatment center with their staple CWS blue buckets. It was encouraging for us to see their excitement in the impending purchase of clean water. The enthusiasm spread across generations—middle-aged mothers arrived confidently balancing the safe storage containers on their heads and small girls ran down with multiple buckets. We were extremely impressed by the confidence in our three women entrepreneurs – Florence and Akweeya from Kuldanali and Adamoo from Yapalsi. The day began somewhat hectically as this was their first day as business owners. While it was somewhat chaotic for the initial sales, the women entrepreneurs quickly organized the process along with the assistance of the young girls who washed the safe storage containers. From then on the business owners meshed together as they successfully distributed the day’s worth of buckets.

We were thankful to have our first day off after our opening day! We ventured to the Fuller Waterfalls with TJ and attended a lively concert in the evening.

We were enthusiastically greeted by our women entrepreneurs upon arriving at the water center—this was easily the most excitement we have seen from them so far. Our team got a strong sense that the women were taking ownership of the center. As we asked them questions about their sales they beamed and seemed confident about the future of their business. After visiting the center, we started our first day of monitoring. We visited 13 households, all of which were using the safe storage container correctly and were enthused about their access to clean water. As we monitored, there were a few leaky buckets between the two villages but they were quick fixes by TJ. It was fun to chat with each household and ask them about what they thought of the taste of their new water. 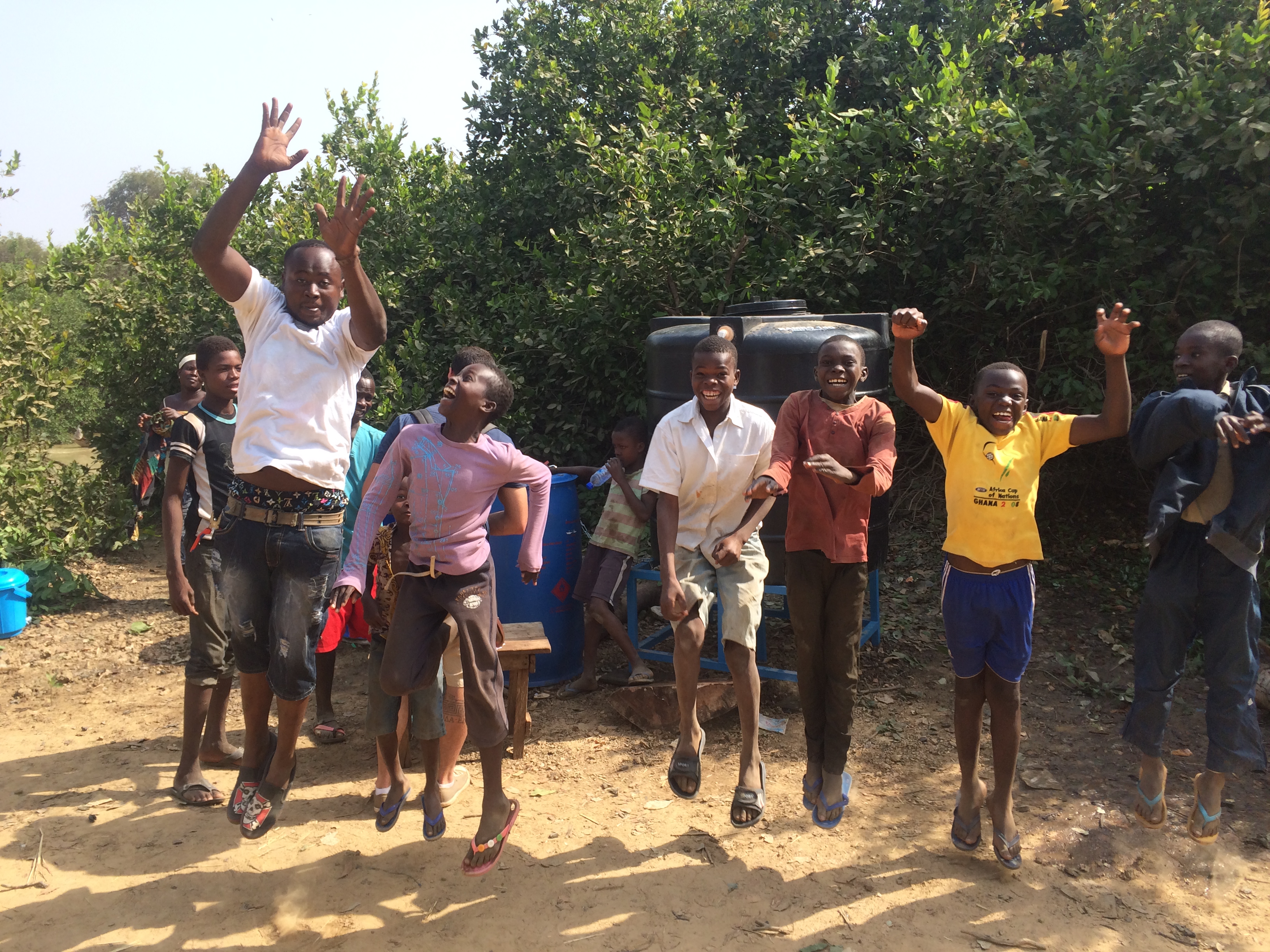