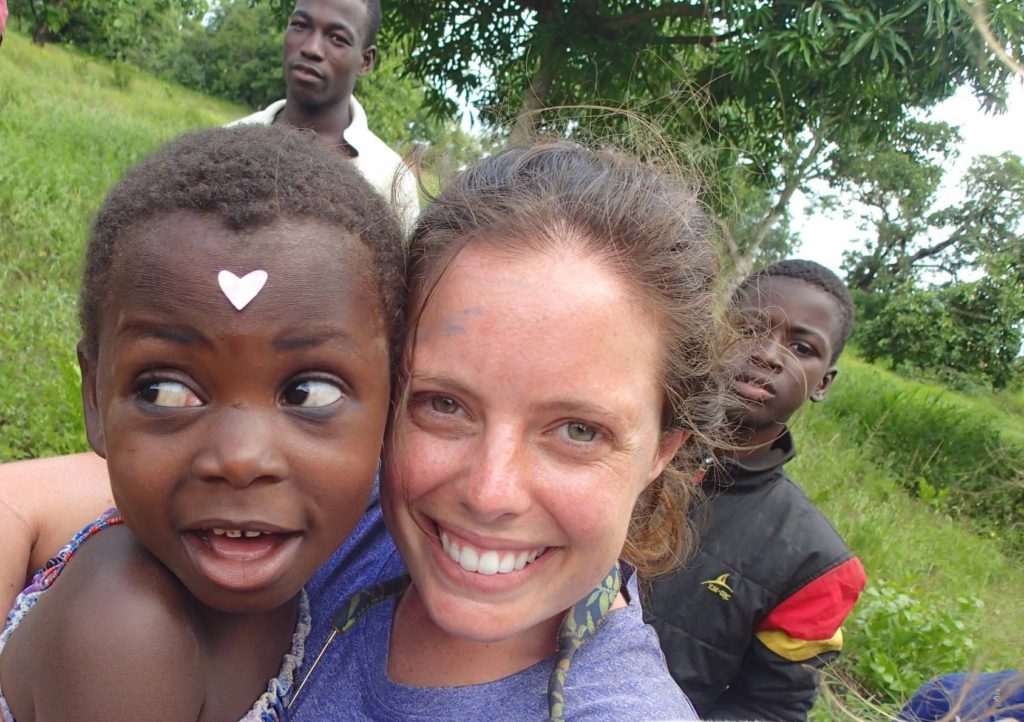 Hello everyone! My name is Lilly Prince. I am 26 years old, originally from Orlando, Florida, but now I currently living in Boston, Massachusetts. After graduating from University of South Carolina with a BA in Public Health, I journeyed to Ghana with Saha Global in the summer of 2013. I was a part of the first team to implement water businesses in the Salaga area. My team worked with the lovely people of Kideng village!

I was inspired when I discovered Saha Global and researched their mission and model. As an aspiring public health professional, I quickly took the opportunity to work in the field on a health problem I’m passionate about, to experience NGO program implementation first hand, and to immerse myself in a different culture. Saha Global is a sustainable, economically sound organization that is simply a facilitator in rural Ghana’s goal toward healthier communities. Learning more about the global water crisis through the daily lives of Ghanaians in low resource settings helped me become a better, more understanding public health professional.

My favorite memory while in Ghana was when our team held a big community meeting right in the middle of Kideng village. Almost all community members were present: children, mothers, teens, but most impactful to me were all the elders—men and women—sitting in the innermost circle. They listened intently as we made our water business pitch. (Yes, you have to convince your village that implementation will be beneficial to them!) The people of Kideng were enthusiastic and genuinely interested in what we had to say. This was so memorable for me because I know that this eagerness does not always happen; and our team was lucky to be working with a village that sincerely wanted to make a change to improve their overall health.

Although I graduated with a major in Public Health, Saha Global really opened my eyes to the urgency of health on a global scale. Participating in the Global Leadership Program allowed me to face and overcome many challenges that are common in global health work. I was able to take what I had learned in the classroom, and practiced those skills in a real-world setting. It was because of Saha Global that I decided to continue my education and pursue my Master’s of Public Health. Now, I graduated in May from Boston University School of Public Health with my MPH! (And looking for employment!)

I am very passionate about the impact Saha Global has on the people of rural Ghana and the impact on the Field Reps who implement. I would love to talk with anyone who is interested in becoming a Global Field Rep, already accepted and gearing up for the trip, or just curious about the organization! Do not hesitate to contact me at lilly.prince.go@gmail.com. Also feel free to keep up with me here.

My name is Peter Biyam, the Project Manager of CWS. I have worked full time with CWS for the past four years now. This is my first CWS blog post. I used to work full time monitoring the CWS villages in and around Tamale, but for now my daily routine has changed, which I feel so good about. As of June 2013, CWS has a new office in Salaga.  Every two weeks, I go to Salaga to monitor the villages CWS works in around there. I go to make sure all is well with our women entrepreneurs and their water businesses. Which is fun!

One thing I enjoy is the 3-hour bus ride from Tamale to Salaga. The road looks like it is getting better, so you don’t get too bored on the bus. Wow it always is great to me when I get to the bus station and find out that I have a nice seat. The best seats are the ones numbered 1-18, where you sit close to the window. The worst seats are the ones numbered 20-30 where you sit on a folding seat in the middle, which is very uncomfortable! The bus makes a lot of stops for people to get down, like people having to buy food, people having to pee or people leaving the bus for their stop. So the people sitting in the middle have to wake up and get down for all of these stops. I usually wait 10-30 minutes at the bus station before we leave. I take advantage and run and get some food before we depart.  I love when the cool air blows through the window when the bus starts to move.

The people in Salaga are awesome.  There is an egg and bread seller at the bus station who has good food. People in the villages are lovely too, the kids are smart and cute. So I feel at home anytime I am in Salaga. I always love to go to the restaurants after a long day of monitoring like the Maridon Hotel and 4A’s. The food is always good. This is what’s on the menu: fried rice, plain rice and jolof rice, I always go for the fried rice.

I am so excited to work in Salaga because it makes me feel like CWS is doing a very great job of bringing clean water not only to communities in Tamale but now also to communities in Salaga. I feel so good about this. I am proud of myself to be part of a team that is doing such an awesome job. I love my job! I hope that CWS will continue to reach out to all those who are in need of clean drinking water in rural villages all over the world.  And I hope to be part of the team as it is growing, taking on more responsibilities as one of the leaders of CWS. Thanks.