“Despa! Despa!” The children shouted, running after our car as we drove up. Today was our sixth day working in Sagbarigu; we finished construction of the solar charging center, held our community meeting, and installed the solar panels. 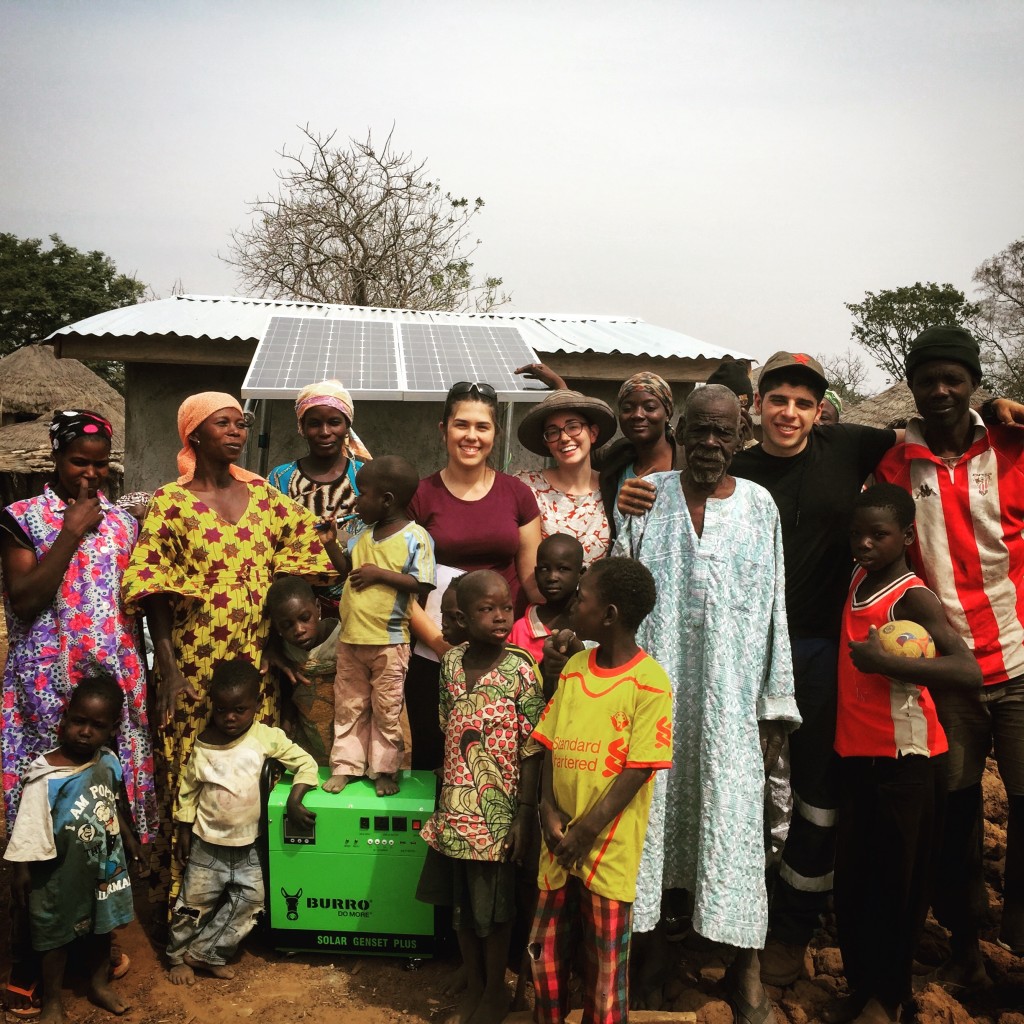 The community we’re working in is very small, located about an hour outside of Tamale. They already have a Saha water business, and the owner, Sanatu, has been taking good care of things for the past year and a half. 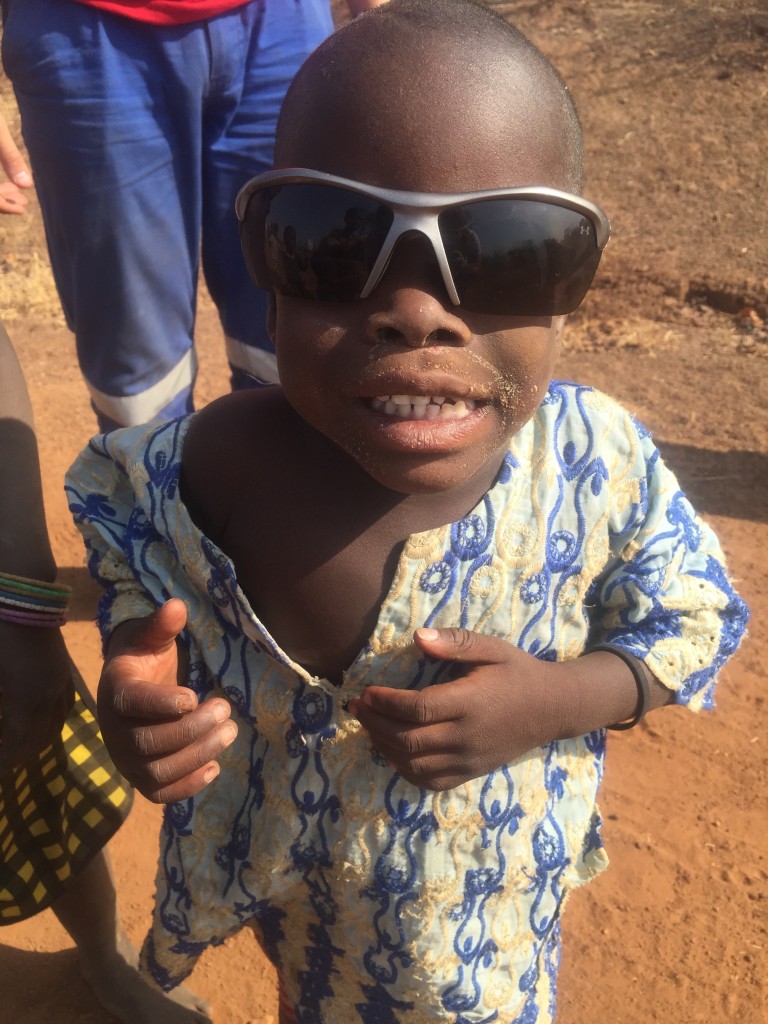 The initial chief meeting went well, so we started building on Monday. Most of the women in the community were traveling for the first few days, so we didn’t have a chance to meet with the whole community until today. 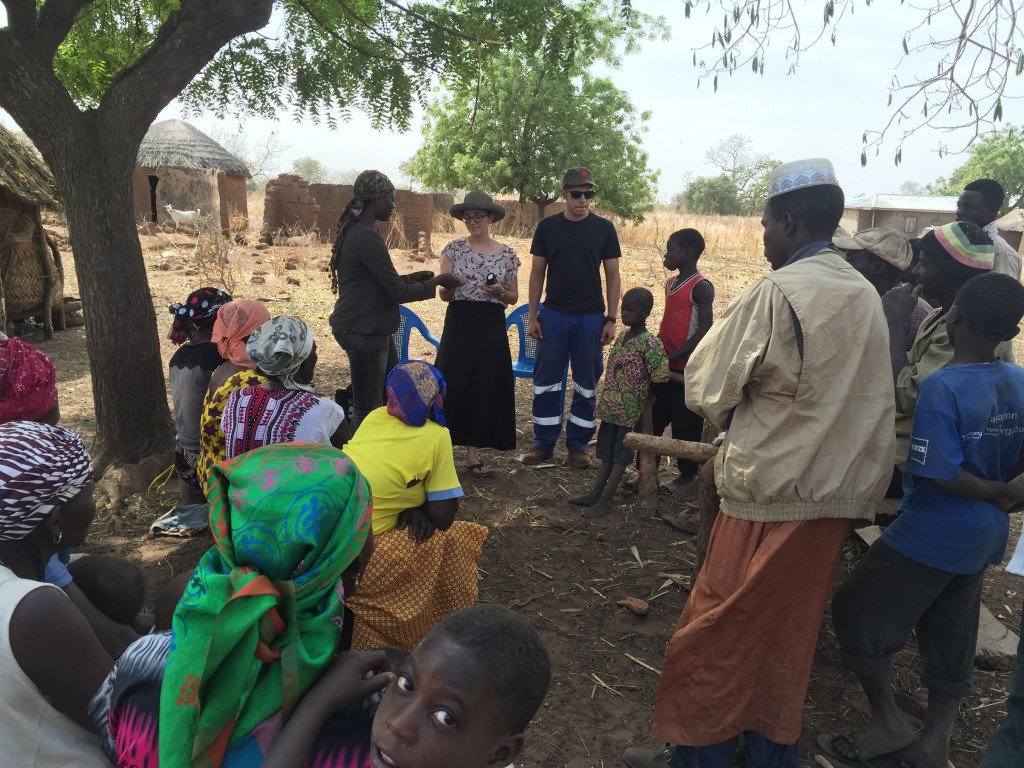 We started off by going over the details of the business model, making sure to emphasize that the entrepreneurs are the owners, not Saha Global. Then we passed around a lantern and showed them its functionality, explaining the procedure for renting batteries and charging cell phones at the center. They had mentioned getting a television yesterday, so we mentioned that the charging center is expressly not for large electronics.

Near the end of the meeting, we opened the floor for questions. They asked how much everything would cost, whether they could buy extra lanterns, and when opening night would be. We told them that prices were up to the women running the business, but that they could buy extra lanterns from them later on if they needed to, and that we are scheduled to open next Wednesday! 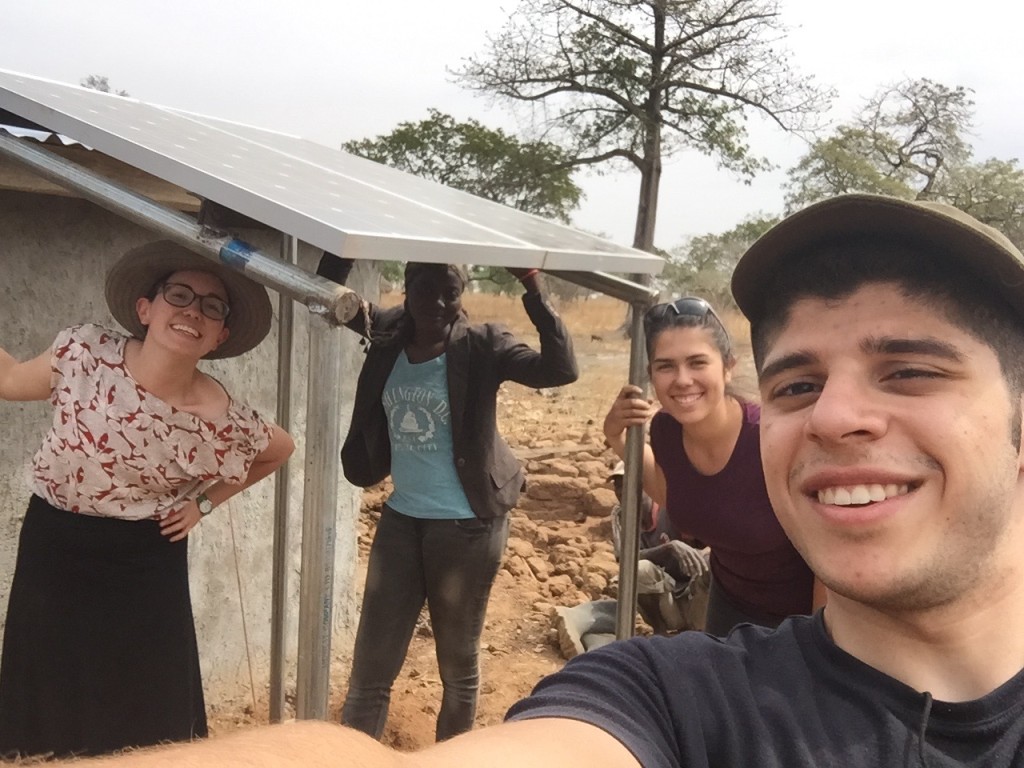