Today, Team 3 ended their morning in the village with the grand opening of the Community Water Solutions water treatment center in the Kpalguni Village.  Being a relatively small village with a focus on farming yams, most of the children arrived promptly and proudly to fill their family’s blue buckets.  The team left with an undeniable feeling of accomplishment, and they are excited for the next few days of monitoring the village. 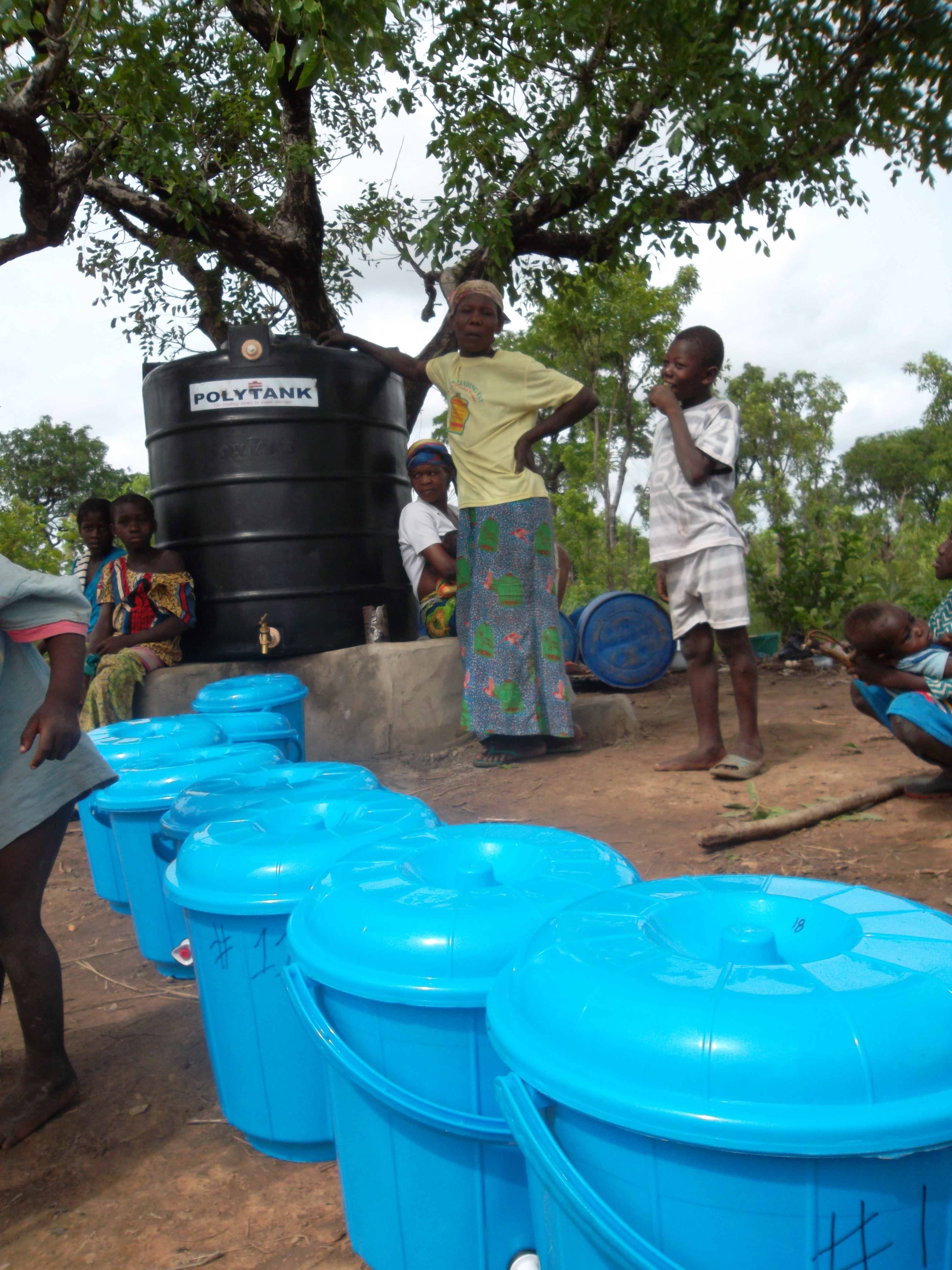 CWS Safe Storage containers all lined up at the water treatment center ready to be filled with clean drinking water! 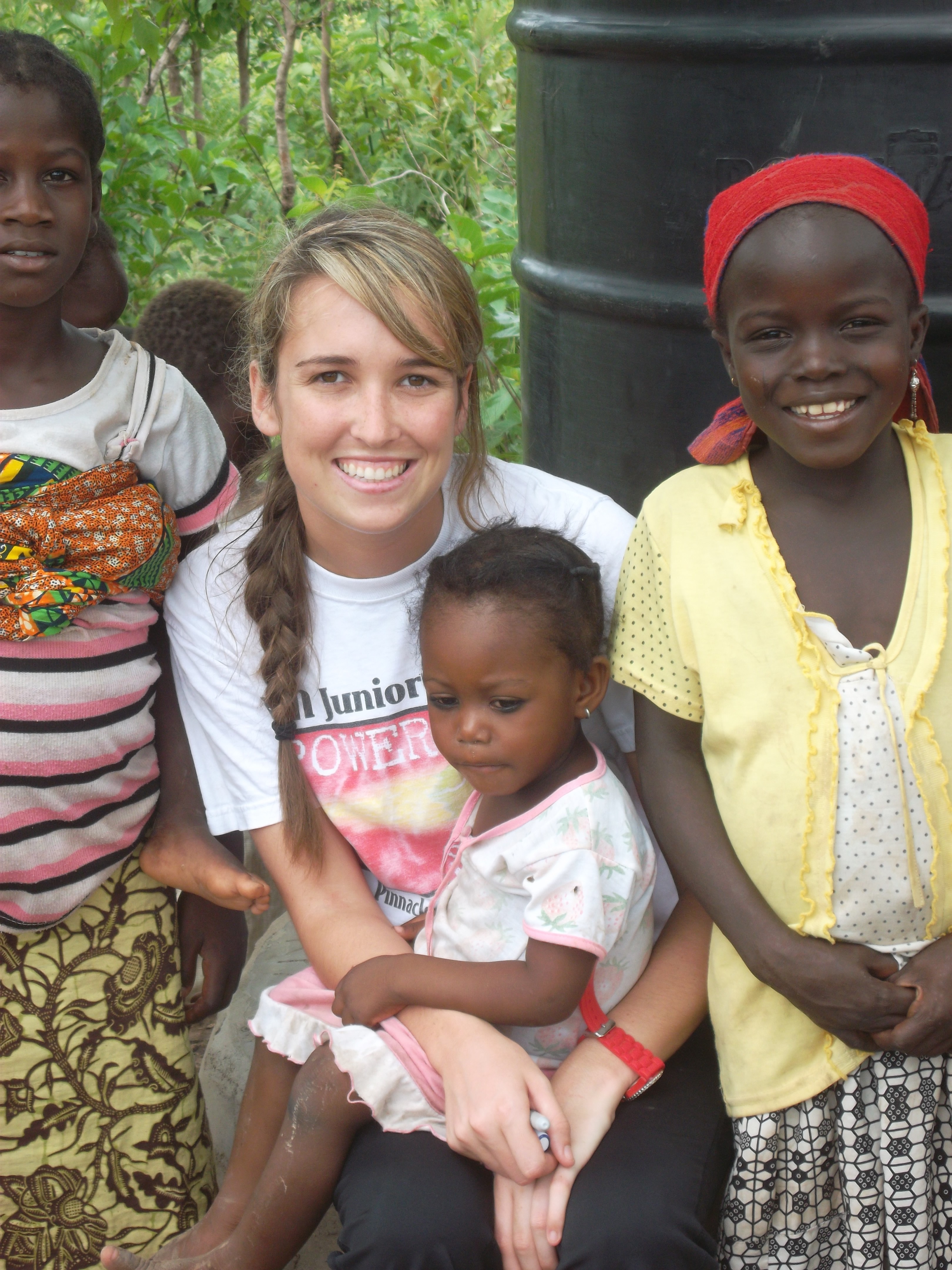 Meaghan and the cutest little girl at the water business on opening day! The whole village came out!

But one day earlier….

5:00 am: The team awoke only to find gloomy clouds looming over Tamale.  The team was weary about departing, but Team 5 along with Sani and the translators decided we should give the drive a shot.  Due to “Ghanian time”, the van did not depart Gilbt until 6:30 am.  Midway through the two-hour drive to both villages, the rain began.

7:45 am:  A large pond of water in the middle of the bumpy dirt road approached the van, and, in seconds, the van halts to a complete stop.  The teams found themselves stranded in the middle of the Ghanian forests without cell phone service.  Villagers begin to watch as the teams wander around looking for rocks (which they are unsure as to why they need them).  After about thirty minutes, the teams begin to push the van out of the pond.  It doesn’t seem promising; however, after the spectators joined the effort, the van finally emerged.  The sun’s rays appeared from behind the fading clouds.

9:30 am:  Team 3 decides the make the walk to their village. When they arrive for a brief visit to teach the women how to treat the clear water and distribute clean water buckets, the village is not prepared.  Handing out the buckets was a stressful event.  All of the villagers gathered into a tight circle and began to talk very loudly over the team.  While the frantic, loud gathering was clearly caused by the excitement of the opening of the center, it did not make the day any better.  The team was lead to more disappointment when it was apparent that turbidity remained in the water.  Clear water wound not enter the polytank that day.

12:30 pm:  Team 5 began to approach the center after hours of waiting at the van only to find that Team 3 was finally wrapping up their work in the village.  Both teams walked back through the village down the bumpy, muddy road to the van.  Even though the afternoon just began, both teams were exhausted and bummed about the series of events of the day.

Luckily, all team members found humor of all of the parts of the day, and grew closer with the hope that both teams would make it to their villages the following morning.

-Will, Meaghan, Abby and Alyssa