Every year for World Water Day, we invite some of our women entrepreneurs to our office in Tamale for a little celebration. Although many of these ladies have worked with Saha for years, they rarely get to meet other water entrepreneurs since their communities are far from each other. We love having an excuse to get some of the women together so they can share ideas, discuss issues and have fun getting to know one another. It’s one of our favorite days of the year! Read about past World Water Days here, here and here!

Since n oone from our American team was in Ghana for World Water Day this year, I’m turning the blog over to one of our managers, Eric. This is Eric’s first blog post!

Picking which women to invite to World Water Day is always a hard decision. This year, the staff sat at a meeting and decided to cast lots to pick the women to invite. All Saha Global villages were written on pieces of paper. Each staff member took turns to pick a village till we got to the number needed. The chosen villages were later visited by staff to formerly invite the women for World Water Day.

On the day of the celebration, when they got to town from their respective villages, the women called the office of their arrival. They were told to grab any available cab and directions were given to the driver and they were brought to the office. 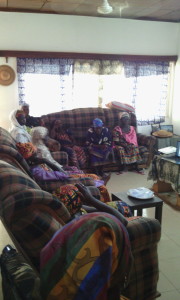 When the first batch of women arrived, a movie was played with the projector whilst the other were waited on. Anytime a batch came, they were served with drinks. Sachet water was also available. Later we gave the women a tour and they were excited to see their pictures displayed in the office! 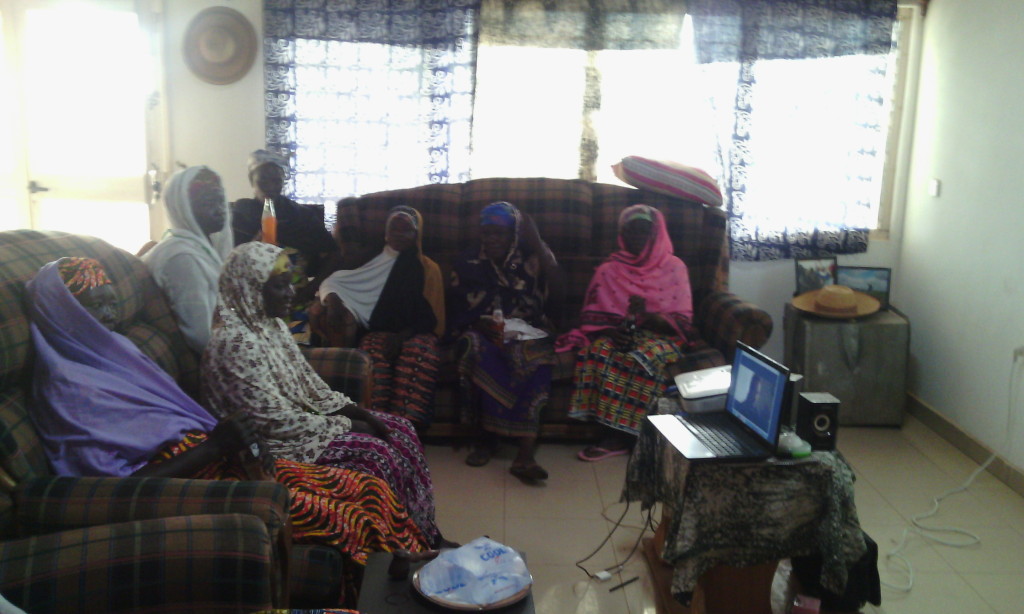 Once everyone arrived, presentations started. Peter started by welcoming the women and talked on World Water Day. It’s celebrated all over the world all in the aim of bringing awareness on the need to drink safe,clean drinking water. Wahab talked on why dugout water is not safe to drink. He talked on how the dugout gets contaminated with human and animal excrement, and also sewage from households. That causes bacteria which make people sick. I then talked on sales and savings. I explained the ways they can make sales anytime water is treated, like making an announcement at the mosque or going round households to tell people that water is ready.  I also talked about how savings is important so that parts can be fixed or replaced when spoilt. Next, Shak encouraged the women to keep up the good work. He spoke on the need to always contact the chief and elders to update them on the progress of their work. Finally, Amin finished the presentations by telling the women to keep their centers clean and attractive. He spoke on the need to keep centres up and running and finished with a poem on water. 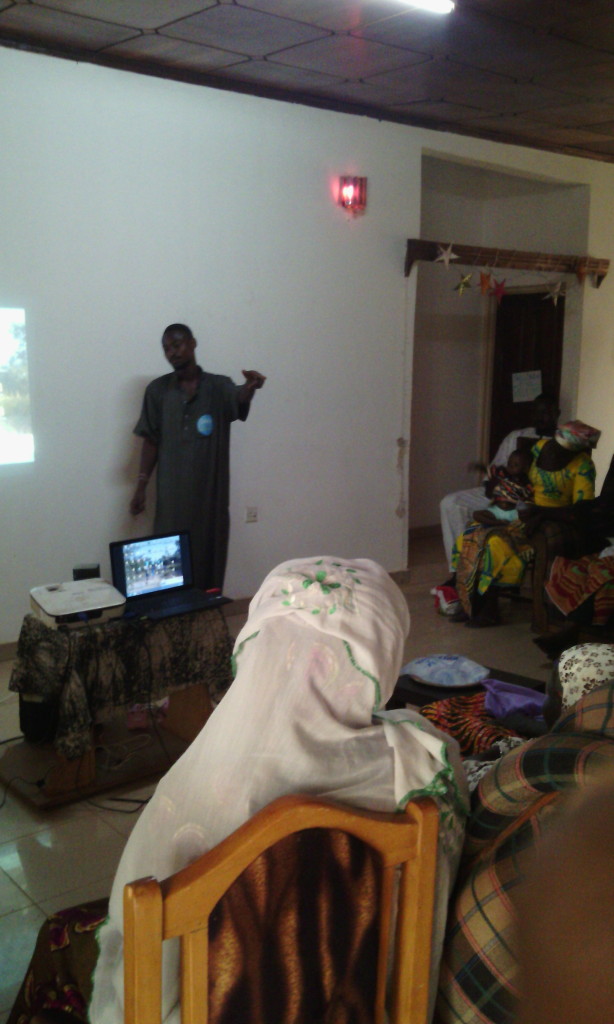 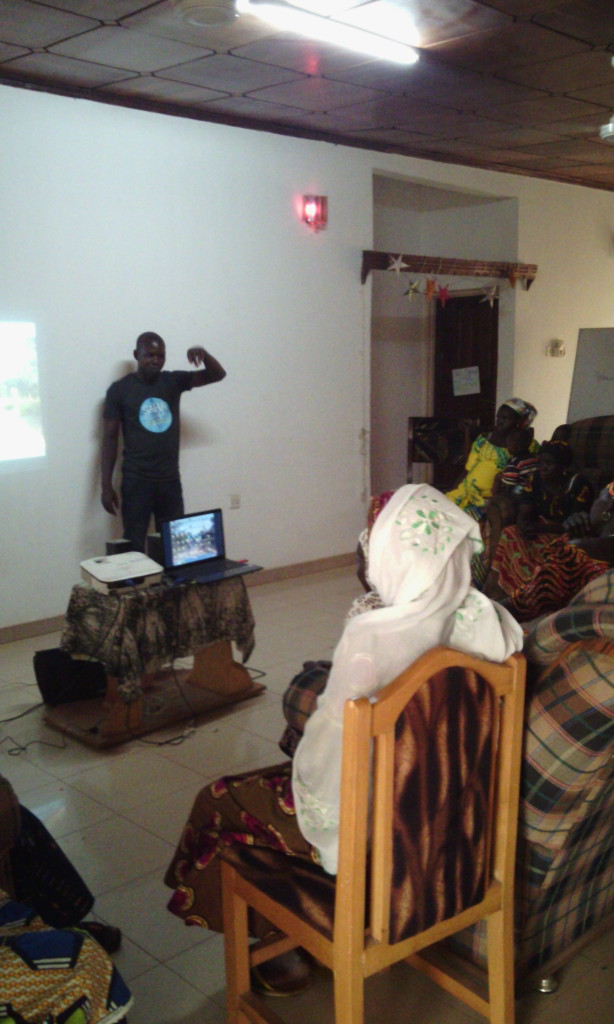 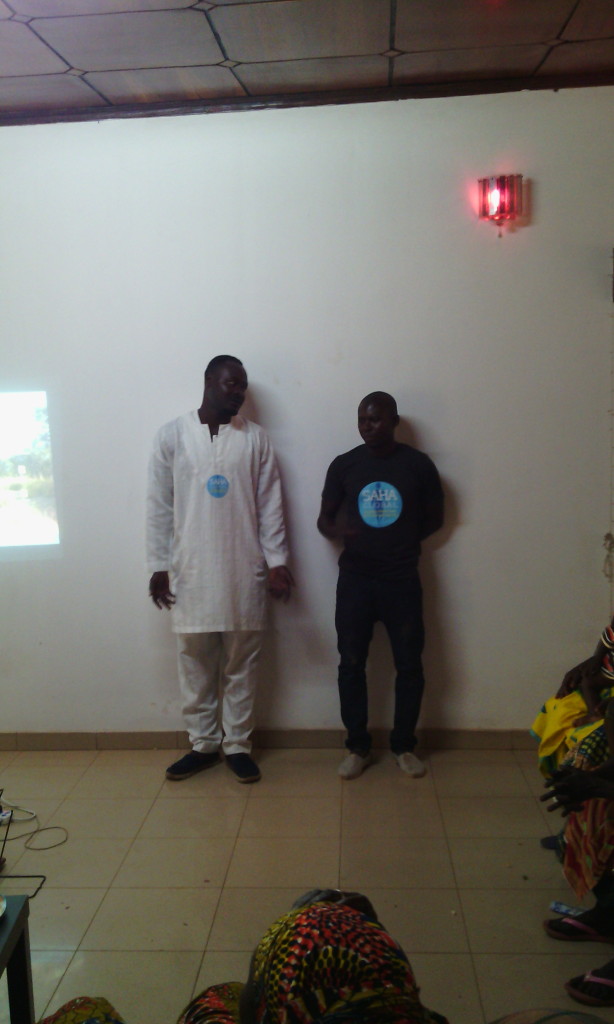 We then help lead discussions among the women. The women from Moya talked about how their village has taken the centre seriously. People come to refill their safe storage containers anytime they run out of clean water. Awabu from Kulaa said “Saha is the best!” Although other two water projects have been set up in Kulaa,the people still come to the center to refill their safe storage containers. Djelo women are happy that solar has been added to the water centre. Now at night, their kids read and do their homework. The village is now bright at night and they are grateful. Women from Laligu said how people, especially the kids, used to complain of stomach ache. But now, thanks to the water treatment center, they don’t experience such again.

After three staff members gave their presentations, we went for break. Food and drinks were served. Presentations continued after the break. After presentations,the women were thanked for making it possible. Women were given transport money. Later went out and took a group picture of the staff with the women. The cab drivers were called and and the women departed the office to their various stations. It was a great day!