“Despa” from Team Shak! After two weeks of implementing our solar business and distributing lanterns to the village of Namdu 2, we had our opening night on June 23rd! Every household had received lanterns and had been trained on how to best use them earlier this week, but no batteries were available to be rented until opening night. In accordance with the Saha Motto, “Everything that can go wrong, will go wrong” we
arrived half an hour late to our village after losing Andrew while searching for coins; but we were on time according to Ghanaian time. And don’t worry, we found Andrew! 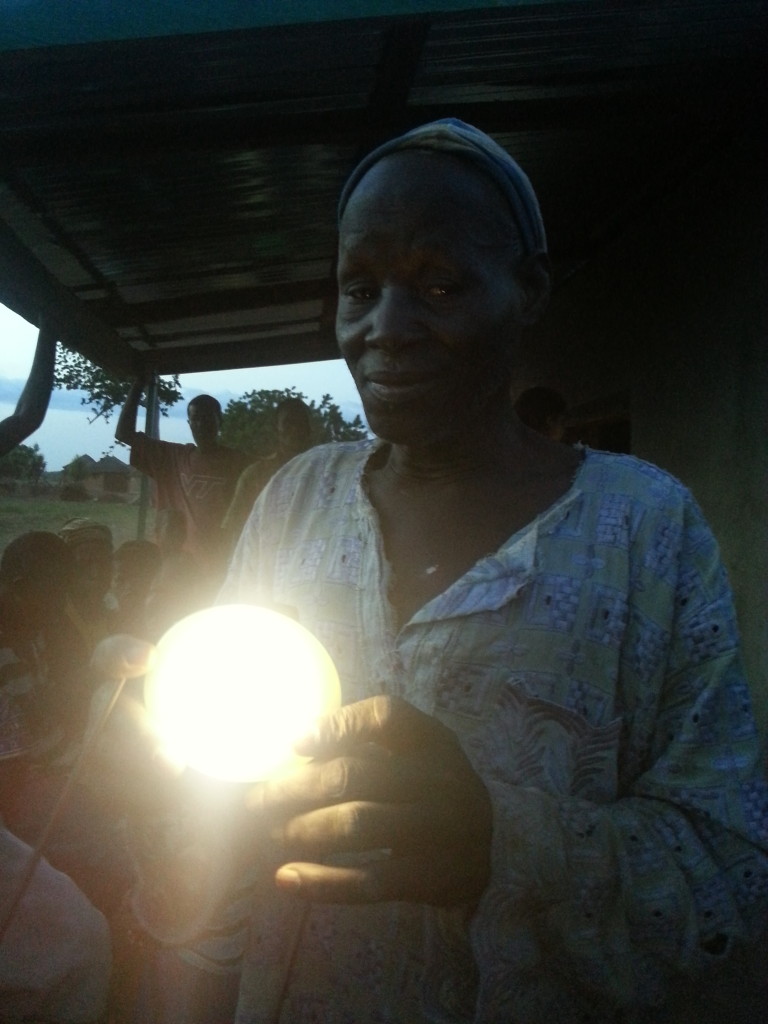 After four days of training, Wumbe, Rabi, and Fuseina were well equipped to run the business. Rabi and Fuseina are the water entrepreneurs, while Wumbe was chosen by the village because of her enthusiasm in helping to build the center. The women rented the batteries for 10 pesowas each, after changing the price to match the pricing in Namdu 1 so that one village does not lose business to the other. 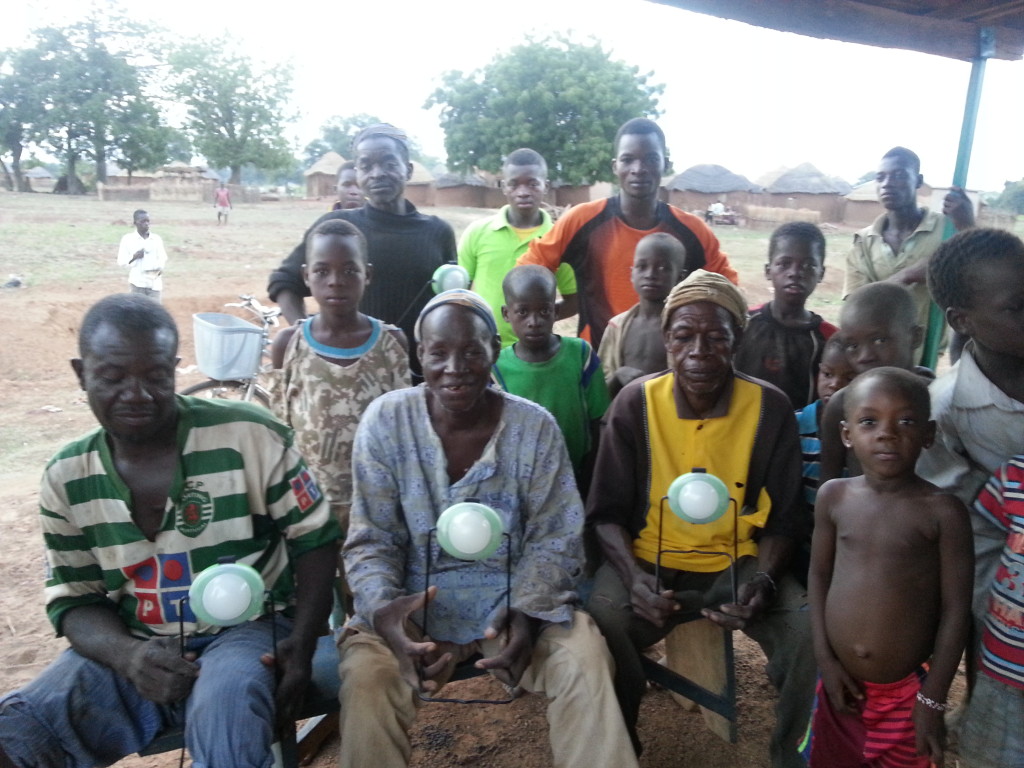 People from the village were already lined up with their lanterns waiting for us so that they could rent their batteries. 41 of the 44 households in our village showed up to receive batteries. As soon as the window was opened, a steady stream of lanterns were shoved through by the eager community members. It took a small amount of time for the women to establish a rhythm of giving batteries, recording in the sales book, and exchanging money. However, the business was on fire, and in the end the women “killed it.” Everyone was super excited about their lanterns and wanted their pictures taken with the light illuminating their faces. All the customers who stopped by the charging station that night ended up walking away satisfied. 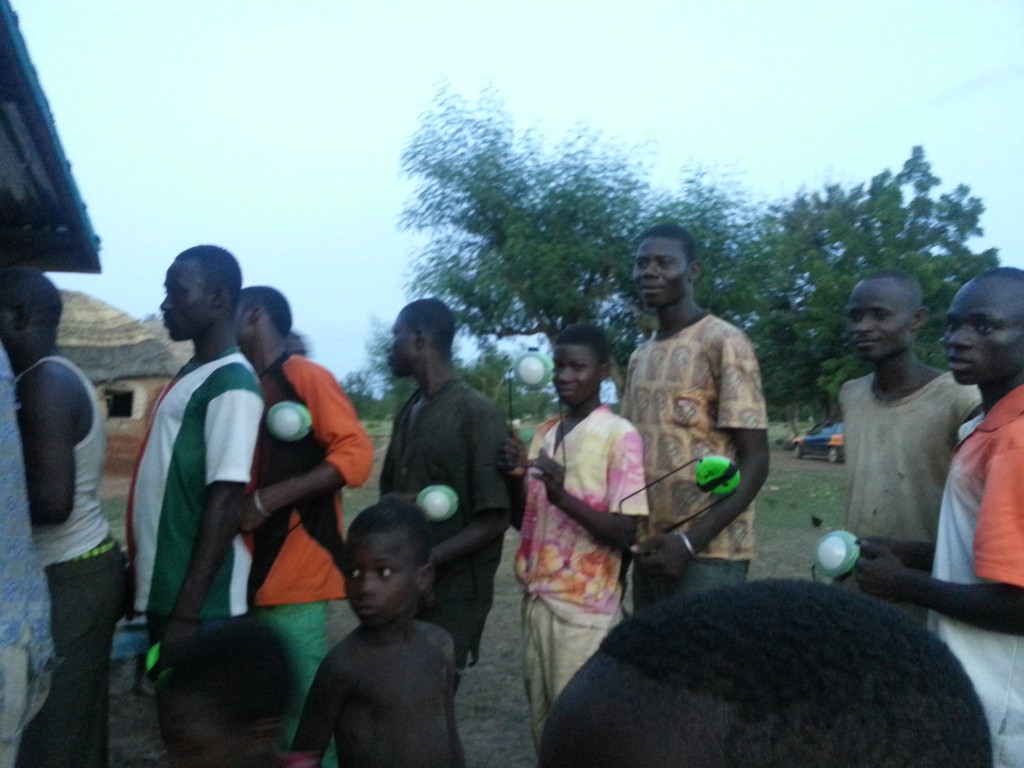 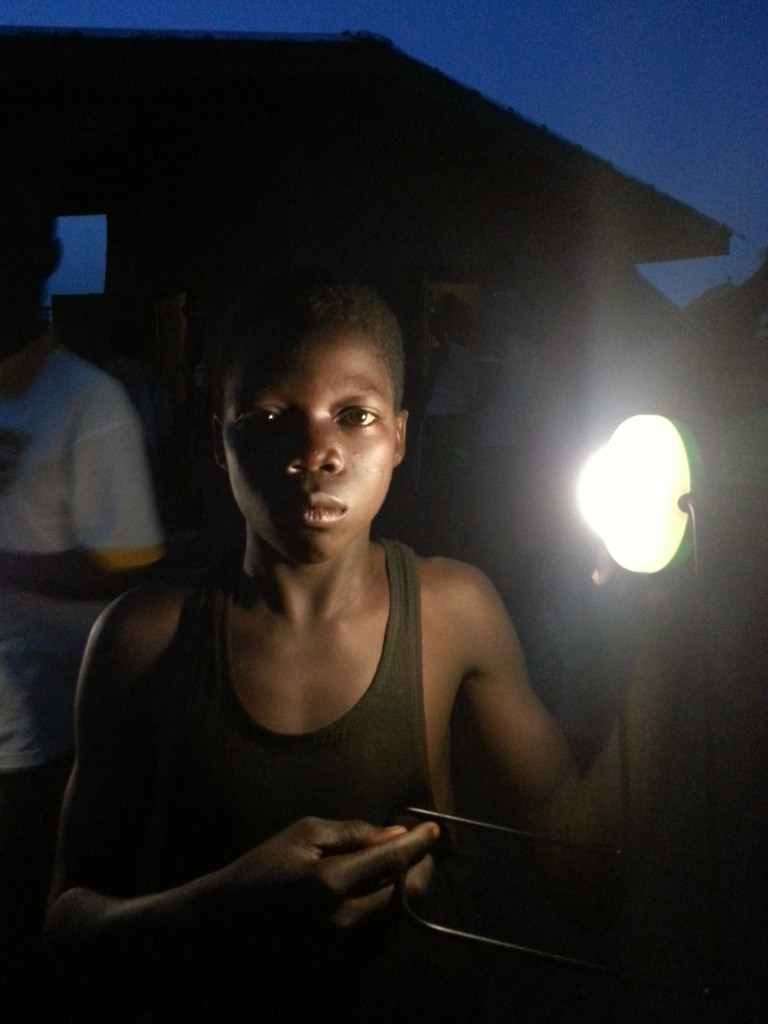