On Saturday, Team 4 opened the new water treatment center at the village of Zanzugu. The team was led by its trusty translator, Shak, and was prepared for hectic day after hearing the tale of Team 1’s opening day.  Upon arriving at Zanzugu after their daily 45-minute ride in Shak’s trusty Nissan Suzuki, the team had their daily meeting with the chief.  The chief promptly expressed his excitement over opening and quickly mobilized the community to meet the treatment center.  The team was assured that once the drums sounded, the village would flock to the shiny new Rambo 100 Polytank to fill their safe storage buckets and to quench their thirst.

Upon the team’s arrival at the treatment center, the two women chosen to run the center were already scooping the alum-treated dugout water from the glistening blue drums into the polytank.  Three Aquatabs completed the simple but powerful recipe for clean water and the tap started flowing. Bucket after bucket arrived. The chief and the elders of the village overlooked as family after family approached the tap, paid their 10 pesawas and collected their clean drinking water.  All of a sudden, a band of drummers gathered villagers by the central tree and organically a dance circle came to fruition.  Even a few leaky buckets could disrupt the rhythm of the line as the team efficiently monitored the opening sales and fixed any minor mishaps.  A controlled chaos swarmed the polytank as about 58 families fetched their water.

Though unforeseen circumstances kept a handful of families from receiving clean water, the women were more than happy to reopen the treatment center the following day, excited to fully own and run the sustainable clean water business.  The team would like to thank their excellent translator Shak, who skillfully led them through each step of the process and made implementation in Zanzugu a success.  Additionally, the team is grateful for all those donors who made this treatment center possible through their support and generosity. 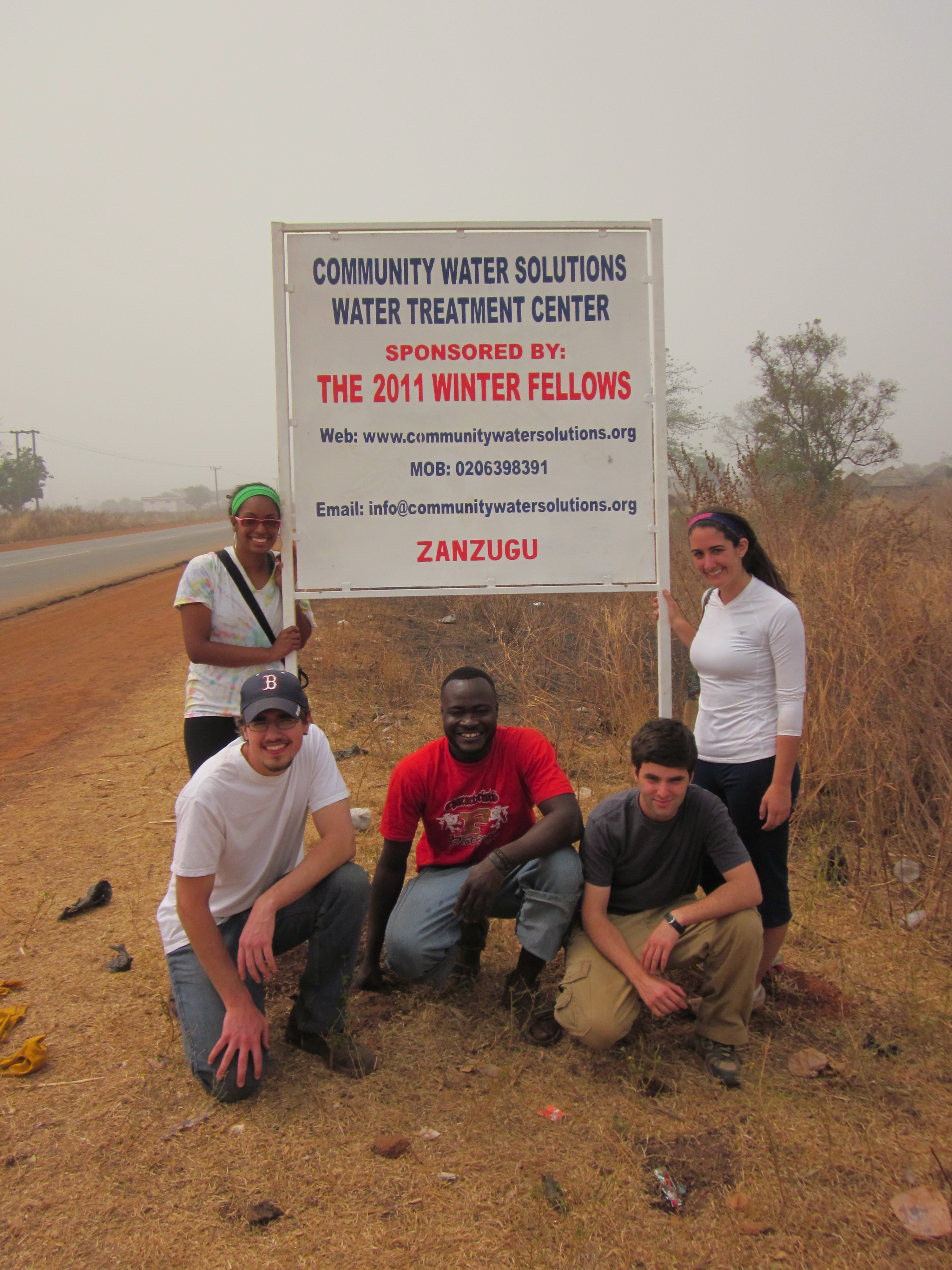 Coming up next: Pictures from Session 2!

Chani is a small and quiet village. The chief, supposedly 150 years old, has been sick for a few days so we had been unable to meet with him until yesterday afternoon. He gave us a short blessing and thanked us for working there. The other villagers were extremely receptive and helpful as we built the center and distributed buckets. Selamatu and Muneera, the women running our center, are diligent workers; they learned quickly and are proud of their role managing the center. Everything pretty much went off without a hitch as we prepared for the big morning.

Immediately upon our arrival a few men approached asking to purchase additional buckets. There was also a fancy-schmancy educated man who had been in town the day we distributed so he was eager to get his safe-storage container. As we waited for Selamatu and Muneera, children and women crowded around with their buckets; everyone was clearly super pumped for the “pure wata.” Down at the center we were quickly surrounded by blue buckets and people, more of a mob than a queue. The children and a few fellows were clapping and making music which added to the festive mood.

Once the water started flowing it became apparent that many of the buckets were leaking at the tap. This caused a slight delay – which could have been debilitating at a larger village – as we retightened all the taps with pliers provided by the villagers themselves. Along with the inordinate number of people who wanted to buy additional buckets, the tap tightening was our largest hiccup. The villagers, of course, were chiller than FanMilk – they couldn’t have cared less about the pause. Patience and a constant willingness to lend a hand seem to be the pervading Ghanaian virtues.

Wahab, our awesome-sauce all-star translator extraordinaire, was equal parts assistant and leader. He was darting back and forth between problems, often translating two different conversations simultaneously. What a baller. The concrete stand he built is enormous and crafted to perfection, fully blowing those of other villages out of the water (pun intended). Wahab takes an obvious pride in his work.

We thought the stand was perhaps a wee bit too gigantic but it ended up coming in handy when the women decided to put the tubs on top of it as well (right next to the Polytank) to avoid the swarming hordes of ants discovered beneath them.

To exterminate them, a nearby dude instantly lit some grass on fire and started brushing it over the former colony. We were a little thrown off guard by the flames but not a Chanian batted an eye; it was as though fire was the instinctual solution to the problem. Ghanaians are so bad-ass. 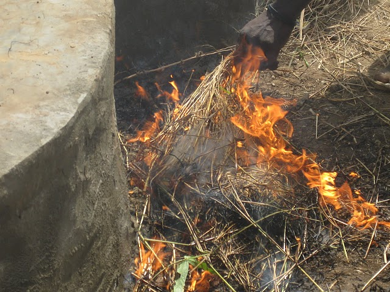 Walking back to the taxi, reflecting on our efforts of the past few days, we all felt an overwhelming sense of fulfillment. The work has been, without a doubt, one of the most gratifying of all possible experiences. Like Mike said, the world seems to smile on days like today. Awesomeness abounds for Team C.L.E.A.N.