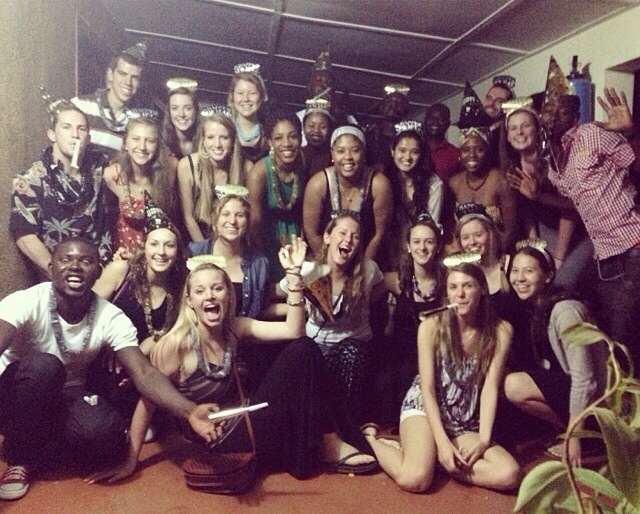 After a long few days of travel, today was the first official day of the 2014 Winter Fellowship Program! After an all-night bus ride and a 7am arrival into Tamale the Fellows (and the CWS staff!) were all eager to eat breakfast, shower and nap for a few hours.  We then all gathered for lunch and started orientation. After a few icebreaker games in an effort to get to learning each others name it was on to the first lesson: Ghana 101. After getting a lesson about Ghana and Tamale, the fellows teams were announced and they were sent off on a scavenger hunt around town– putting their new knowledge to the test.

It will be a early morning tomorrow with continued presentations about the global water crisis, water and disease, different water interventions and finally the nitty gritty of CWS and what we do! After a break for lunch, we will all head out to the field to see our current water treatment centers in action. Everyone is very excited to get out to the villages for the first time!

My name is Peter Biyam, the Project Manager of CWS. I have worked full time with CWS for the past four years now. This is my first CWS blog post. I used to work full time monitoring the CWS villages in and around Tamale, but for now my daily routine has changed, which I feel so good about. As of June 2013, CWS has a new office in Salaga.  Every two weeks, I go to Salaga to monitor the villages CWS works in around there. I go to make sure all is well with our women entrepreneurs and their water businesses. Which is fun!

One thing I enjoy is the 3-hour bus ride from Tamale to Salaga. The road looks like it is getting better, so you don’t get too bored on the bus. Wow it always is great to me when I get to the bus station and find out that I have a nice seat. The best seats are the ones numbered 1-18, where you sit close to the window. The worst seats are the ones numbered 20-30 where you sit on a folding seat in the middle, which is very uncomfortable! The bus makes a lot of stops for people to get down, like people having to buy food, people having to pee or people leaving the bus for their stop. So the people sitting in the middle have to wake up and get down for all of these stops. I usually wait 10-30 minutes at the bus station before we leave. I take advantage and run and get some food before we depart.  I love when the cool air blows through the window when the bus starts to move.

The people in Salaga are awesome.  There is an egg and bread seller at the bus station who has good food. People in the villages are lovely too, the kids are smart and cute. So I feel at home anytime I am in Salaga. I always love to go to the restaurants after a long day of monitoring like the Maridon Hotel and 4A’s. The food is always good. This is what’s on the menu: fried rice, plain rice and jolof rice, I always go for the fried rice.

I am so excited to work in Salaga because it makes me feel like CWS is doing a very great job of bringing clean water not only to communities in Tamale but now also to communities in Salaga. I feel so good about this. I am proud of myself to be part of a team that is doing such an awesome job. I love my job! I hope that CWS will continue to reach out to all those who are in need of clean drinking water in rural villages all over the world.  And I hope to be part of the team as it is growing, taking on more responsibilities as one of the leaders of CWS. Thanks.

I am so excited to introduce to you to our 2014 Winter Fellowship Leader, Michelle Butler. We can’t believe it has already been two years since she was a fellow in Ghana implementing a water treatment center in Kurugu Vohoyili. Michelle’s upbeat and fun personality will be a great addition to the CWS Winter Team! Michelle we can’t wait to see you in Ghana! 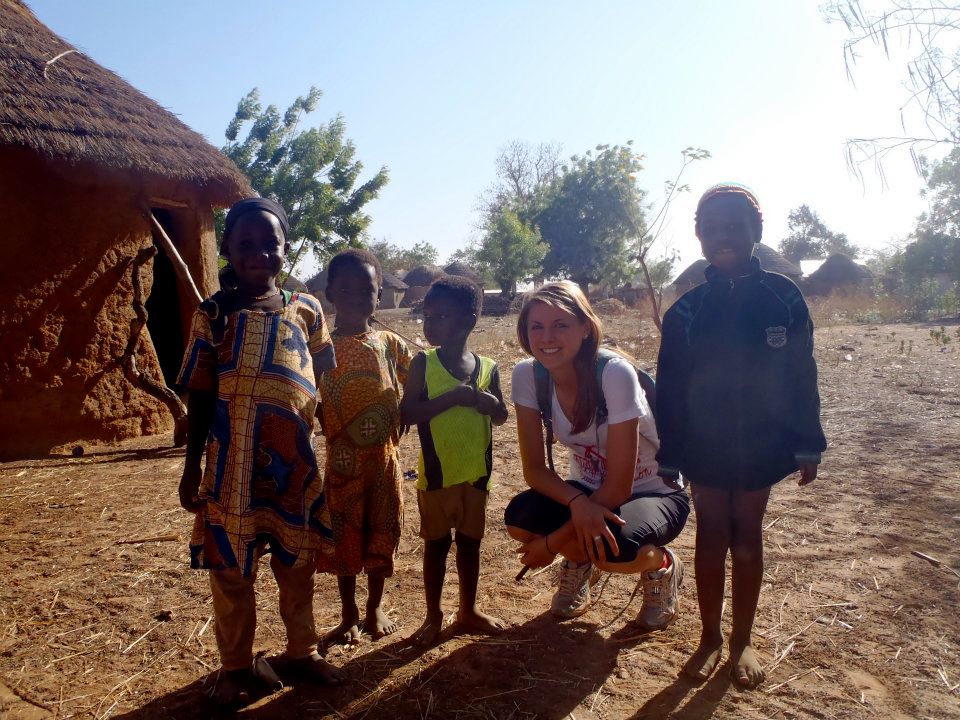 I’m a fourth year student at the University of Virginia (yes, we call students first through fourth years instead of freshman through seniors, and no, I do not attend Hogwarts).  I am finishing up my Foreign Affairs major and Art History minor.  I will be staying in Charlottesville next year to study International Law at the University of Virginia School of Law.  I love traveling and cannot handle the cold—needless to say, I’m counting down the days to return to Tamale.
I was a Winter Fellow in 2011 and have been absolutely dying to go back to Ghana ever since.  When I returned home, I signed up for a program that would alert me of the cheapest flights to Ghana, ignoring the fact that, as a jobless student, I was about $1,400 short of the best $1,500 ticket deal at any given time.  I also knew that I really wanted to go back to Ghana as a member of the Community Water Solutions’ team once again.
Community Water Solutions has always been so appealing to me because it is clearly at the forefront of international development work.  I have studied many different development projects, as a Foreign Affairs major with a concentration in Africa, and am cognizant of the main problems most organizations face.  Community Water Solutions has built a model that is explicitly designed to overcome the pitfalls of projects that lack adequate monitoring, on-the-ground staff, awareness of the local context, accessible materials, and sustainable plans.  You, as Fellows, will be able to make an actual, lasting difference in the villages in which you work because of Community Water Solutions’ model.  30,000 people have already been served in the Tamale region with an incredible success rate, and you will help us add to this number!

Now that the Innova(sun) pilot is complete, we have gotten many questions about “what’s next” for the solar program. Well, we are excited that we are finally able to answer that question!

CWS is excited to announce our partnership with Next Step Living, a Boston-based company on a mission to make it easy, affordable and rewarding for homeowners to implement energy-saving solutions. NSL recently launched a new philanthropic initiative called Next Step Giving and has selected CWS as their first beneficiary. You can read the announcement here!

CWS will be using the funding from Next Step Giving will help us grow the solar program in Ghana. Over the spring we will be taking the lessons learned from the first pilot in Wambong to implement 2-3 more pilot solar businesses in CWS ‘ partner communities. Of course, we will be posting updates frequently on this blog, so stay tuned to learn more!

Thank you Next Step Giving for selecting CWS as your first partner! We are so excited to be working with another mission-driven company focused on doing good work in communities both here in Massachusetts and around the world!