The 2013 Summer Fellowship Program is just 3 short weeks away and I could not be more excited! While our team in Ghana works hard to finish up the last minute preparations, here in the States Sam and I are putting the final touches on our Fellowship Handbooks, placing last minute orders for lab supplies and finalizing our packing lists. June 19th will be here before we know it and we just can’t wait for our 25 new Fellows to arrive in Ghana!

I am especially excited for this Summer’s program because I am going to be leading our new program in Salaga! it’s been over a year since I was with Fellows in Ghana and that is way too long. Sam has been doing a great job running the Fellowship, so my recent trips to Ghana have been more focused on our expansion. Although planning the CWS expansion has been exciting, I have to admit that over the past year I’ve been a little jealous of Sam. Working with CWS Fellows is so much fun and I’ve really missed it! I love everything about the Fellowship: getting to know everyone during orientation, teaching new people about the water crisis, the awesome discussions during our nightly debriefs, and of course, the Fellows themselves! It is awesome. Caroline, Brigid, Taylor, Lilly, and Carole-Anne  – I hope your ready for an enthusiastic leader, because I will be bouncing off the wall with excitement throughout our time together in Salaga!

As you may be able to tell, the CWS Fellowship Program is awesome! Leading the program is a blast but being a Fellow is even better! This Fall, we’re having our first-ever 2 week program. We know it can be tough to take time off of work and we want everyone to have the chance to come work with us in Ghana!

So, young professionals, friends, family, everyone that’s ever told me that you want to come to Ghana: This Fall is your chance! The program is taking place from October 12th – 26th. Applications are available now so click here and apply now! We will be accepting Fellows on a rolling basis – the earlier you apply, the earlier you can get started fundraising. Learn more here!

When I talk about the CWS Fellowship, its always so exciting to see how many people are interested in the program! Whether it’s talking to my mom who wants to know what it is I am actually doing in Ghana, my brother who is dying to come experience the work first-hand, my cousins in college who are looking for more experience abroad, my aunts who just think traveling to Ghana would be awesome, my friends who are sick of their 9-5 jobs or even the guy I sat next to on the train the other day who was bored of his desk job and looking to go and make some sort of difference. One thing I have noticed in many of these conversations about the Fellowship Program, is that many people wished the trip was two weeks (as opposed to the three and half week program in place). I totally get it, life is busy: work, kids, family, commitments – its hard to drop everything and come to Ghana, even if you really want to!

Well, CWS has listened! This Fall for the first time we will be offering a two week fellowship program!

How are we able to cut the program down to two weeks?

The program will take place from Oct.12th to Oct.26th and applications will be accepted on a rolling basis. Apply today, hear back from us by the end of the week, coordinate your plans and start fundraising! The earlier you apply the more time you will have to fundraise!

If you have any questions, feel free to email me, Sam at sreilley@communitywatersolutions.org

When it comes to the fellowship program, I get stoked! As the Director of Operations at CWS, a large part of my job is to organize the fellowship programs. For months, we prepare: travelling all over the U.S. to recruit, interviewing applicants, making all appropriate accommodations, interviewing new translators and figuring out potential new villages. When all is in place, we head over to Ghana for 3 weeks empowering woman and in turn, bringing clean drinking water to rural community, which was once without.

We get the most awesome young people (and I mean, I’m not joking, AWESOME!!) from all around the world together to make a lasting difference. The fellows are what makes the “CWS world” go round! They are the pure reason why we are able to do what we do. Without them we are just a team of 8, but with them we become a team 30-48! Power in numbers!

This summer we will be bringing 25 fellows to Ghana. Within a matter of a week, these fellows will become experts in the field. From there they set up a chief meeting, pitch the CWS model, train two woman in the community how to run the CWS business and BAM!!—a community that once was drinking fecally contaminated water is given a clean drinking water source.

Along with the village implementation, fellows are able to provide for us, they also bring the energy! They keep it fresh and bring the spunk! The energy that they have spills, not only into the villages, but onto the CWS Team! They provide us with a fresh prospective, a ton of laughs and an energy that persists long after they leave Ghana!

2013 Summer Fellows we can’t wait to finally meet you in Ghana! ONLY 5 MORE WEEKS AWAY! Lets do this!! 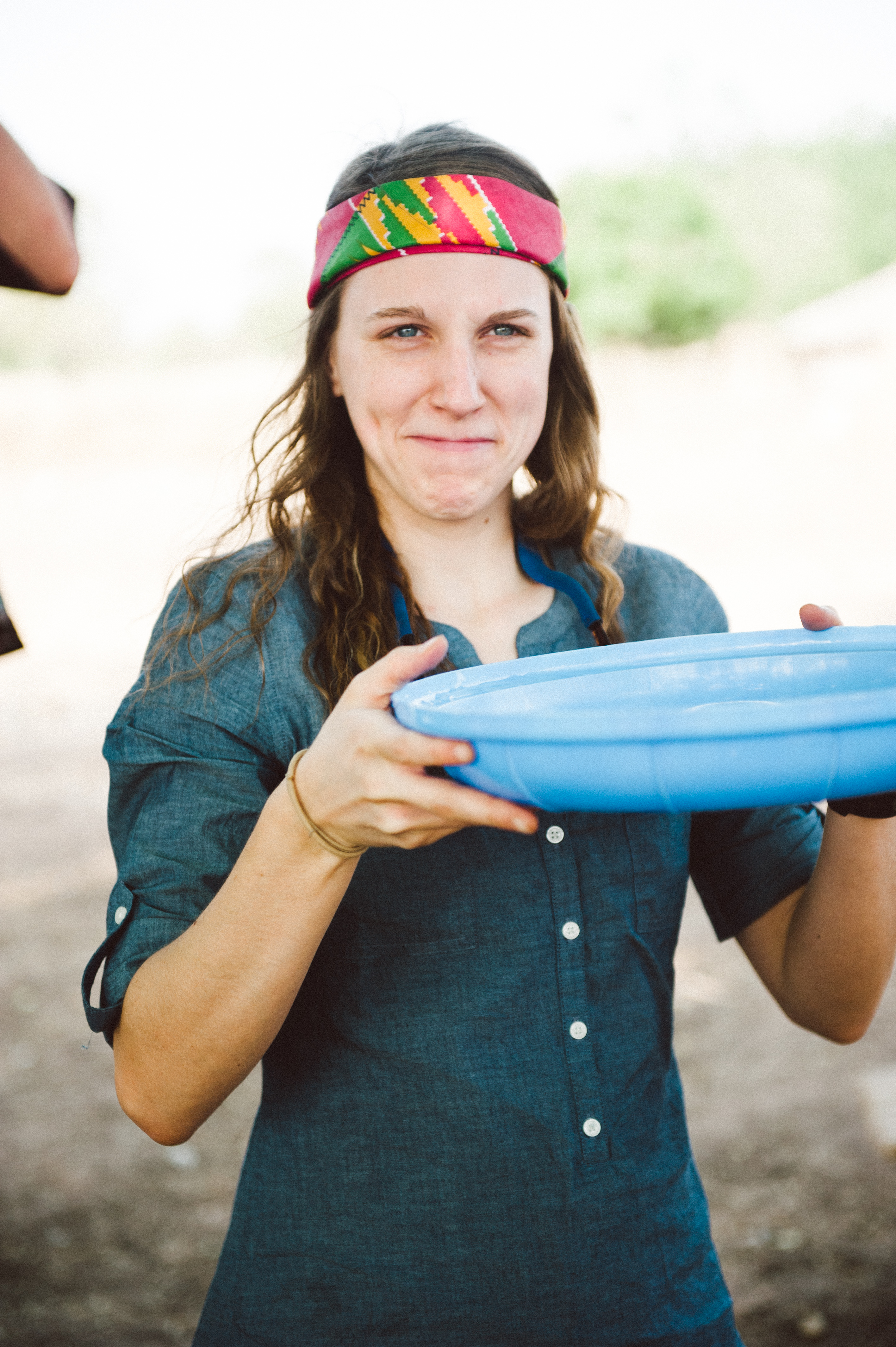 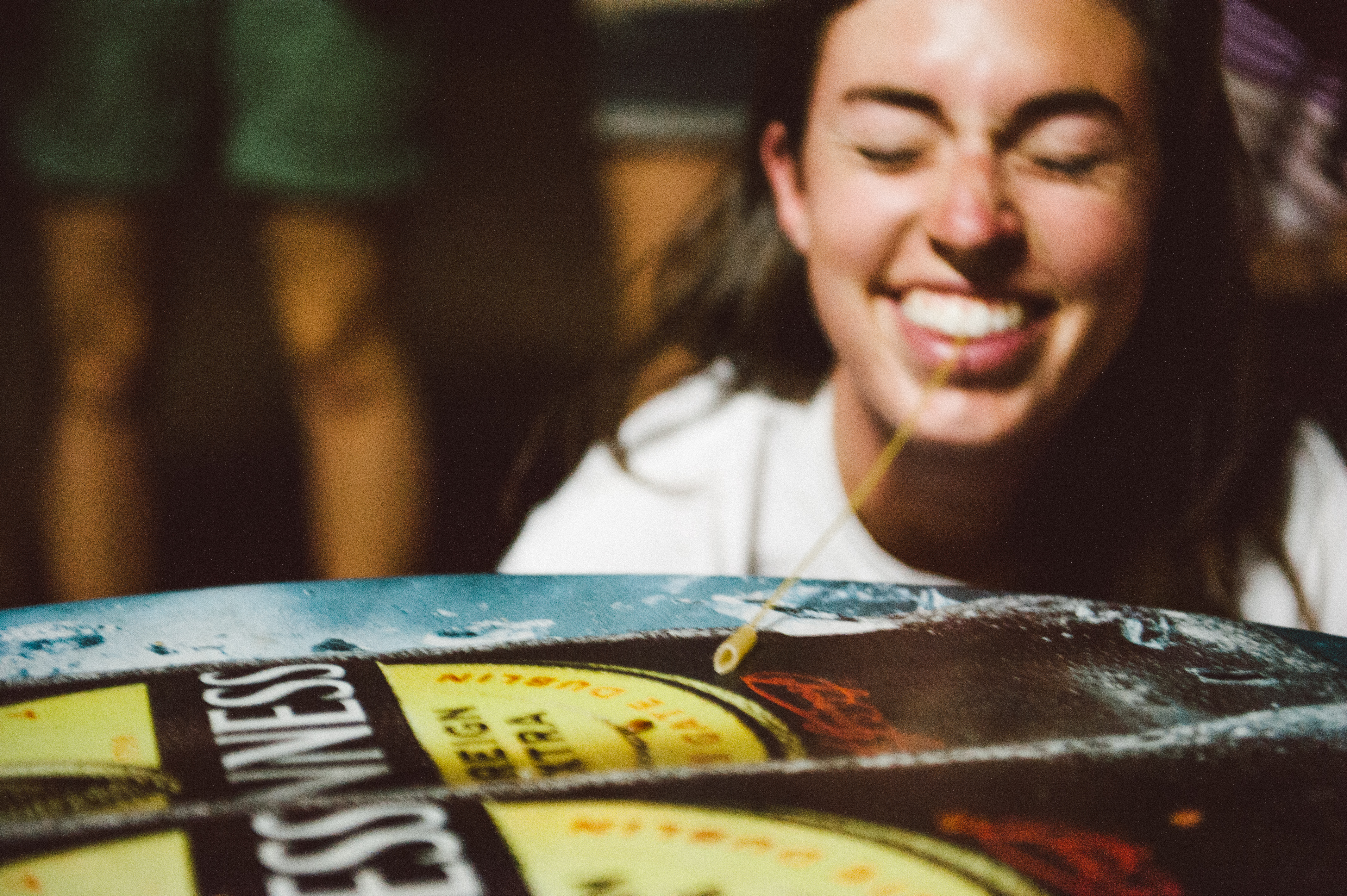 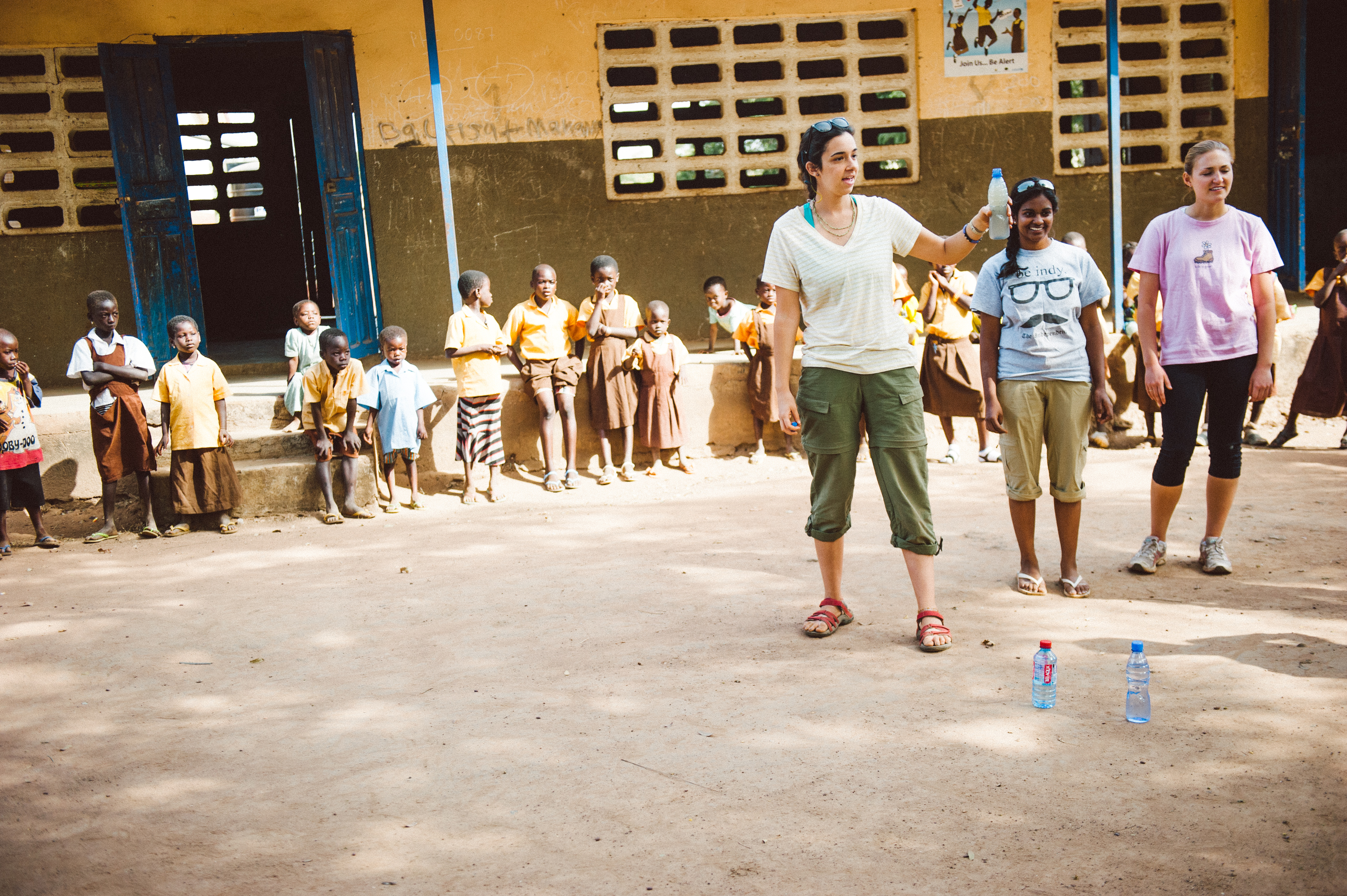 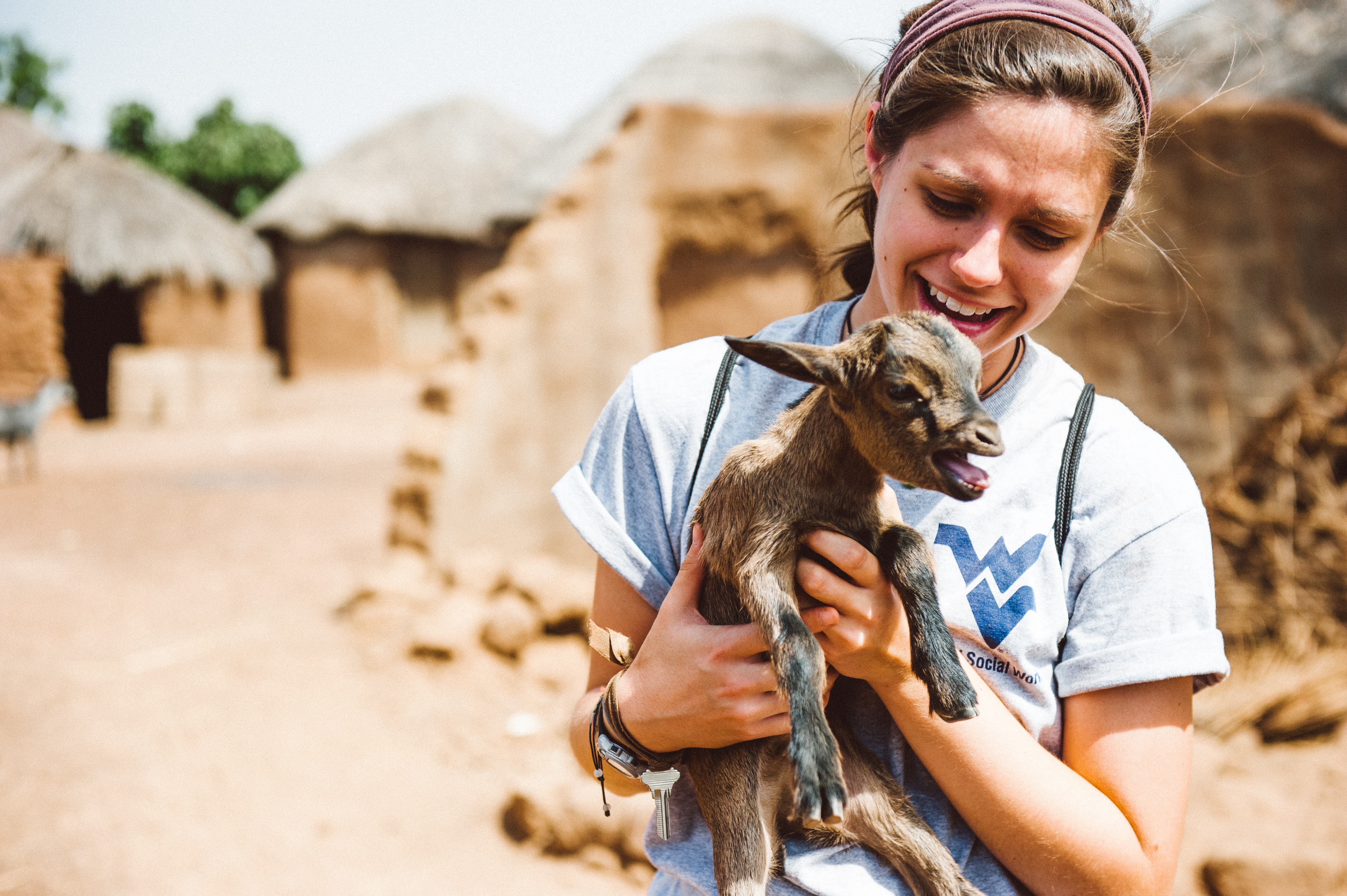 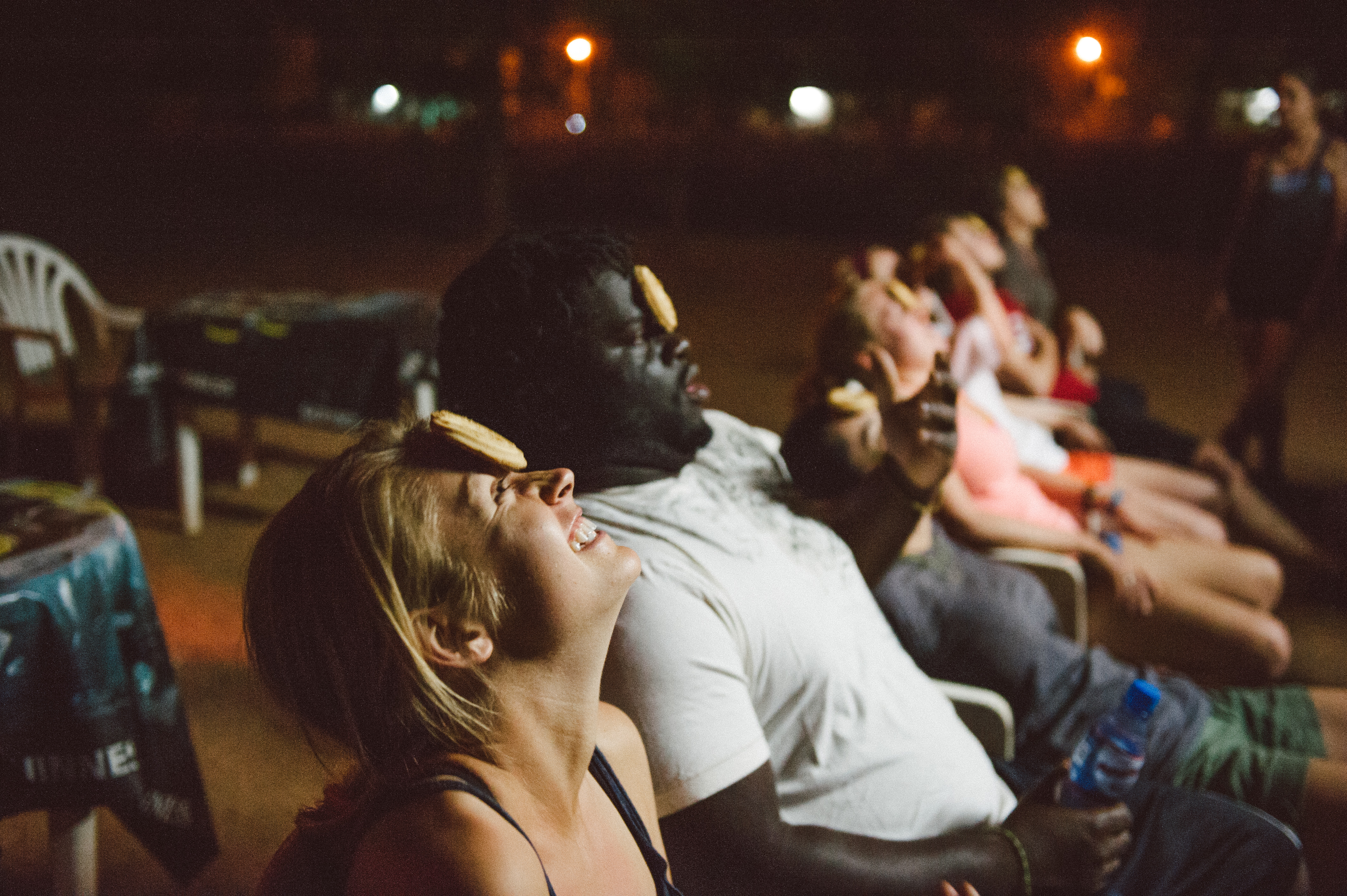 The rains have come early in Tamale this year. In the Northern Region of Ghana, the dry season usually lasts from October until June and the rainy season usually lasts from June until September. But this year that has not been the case.  We received our first rains in Tamale starting in March, which is abnormal for the region. And it has been raining frequently, which makes it seem like the rainy season is in full swing. All over the world, global climate change has altered weather patterns, posing a threat to ecosystems, agriculture, the displacement of persons and access to water. While the cause of these specific rainfall changes in the Northern Region of Ghana is unknown, a recent NASA led study reports that global warming will have a large impact on the world’s precipitation patterns. The study states, “Areas projected to see the most significant increase in heavy rainfall are in the tropical zones around the equator, particularly in the Pacific Ocean and Asian monsoon regions.” Ghana is located in this tropical zone. CWS works in communities that get their water from dugouts or small ponds that fill up with rainwater each rainy season. These early rains have already had an impact on CWS operations in Ghana.

Every year during the dry season, some CWS communities have to close their water treatment centers because their dugout water runs out. In April of this year, the dugout in Gbateni totally ran dry, while the dugouts in Nekpegu, Tohinaayili, Galinzegu and Jagberin were getting turbid on their way to running dry. Within a week of Gbateni’s dugout drying up, all of these communities received heavy rains. When we went back to Gbateni, Nekpegu, Tohinaayili, Galinzegu and Jagberin the following week, their dugouts were full with water. We had very few center closings due to dugouts drying up this year, which means more months of access to clean water for those communities to which this posed a threat.

When the roads start flooding from the rains, the CWS field staff can no longer access the roads to the villages, Buhijaa, Gbateni or Chanaayili. This usually doesn’t happen until June. Starting in April, we were unable to get to Buhijaa and the road to Gbateni was already getting muddy. We’re hoping that the rains hold out for a few weeks so we can prep these villages with aquatabs before the paths are totally impenetrable for the rest of the season.

I asked the CWS field staff what they thought about the early rains. Peter said, “It must be climate change, this weather is so strange.” Amin explained it in a different way, “Last year it didn’t rain much so this year the rains came early. That’s just how it is.”

Shak monitored Jabayili and Yakura, two communities implemented in June 2012, and asked the women how their sales were going. Fati and Memouna of Jabayili reported that sales have slowed down, everyone has started to collect rainwater. This is typical community behavior for CWS villages but rainwater collection usually doesn’t start until June. So the entrepreneurs have fewer months of having high center sales this year, since most people opt for collecting rainwater for free over paying for water at the center.

Recently during household monitoring in Tindan, Wahab spoke to Arishetu, one of the women who runs the water business in the community. She told him that he would not meet all of the women at home to talk to them about their clean water.  Now that it has started raining, everyone will be on their farms planting groundnuts and yams. These crops apparently only need a few rains before you can start planting.

The CWS field staff has noticed that there are less people to meet in the communities for household monitoring. This means coming across empty households and only being able to speak with the children, nursing women or the older people who are staying back from the farms. But the rains have not affected farming schedules beyond groundnuts and yams. It seems like people are holding out on planting corn and other crops until they are sure the rains will last. As rural farmers without access to changing weather pattern data, their farming yields are left to chance, especially with abnormal rains.

With an average of 1-2 rains a week in Tamale, it seems like the rains are here to stay and it’s only the first week in May! So far the early rains have had a positive impact on CWS water treatment centers. Very few centers ran out of water to treat this year. But who knows what future obstacles CWS and the CWS communities will face when struck with changing, unpredictable precipitation patterns.